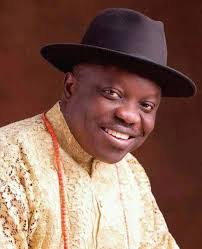 Incumbent Senator James Manager of the Peoples Democratic Party (PDP) has defeated immediate past governor of Delta State, Dr. Emmanuel Uduaghan of the All Progressives Congress (APC) for the Delta South senatorial seat.

The result was announced by the INEC Returning Officer in charge of the area, Prof. Oladipupo Adesina of the University of Benin.

Prof. Adesina announced the results this morning in Oleh. Uduaghan has however rejected the results citing irregularities and called for a cancellation.

Alhassan Ghani, the State Collation officer, announced the result after collation from the 20 local government areas of the state on Tuesday in Bauchi.

According to the collation officer, the exercise recorded a total of 1,024,307 valid votes and 37,648 invalid votes.

He commended the electorate, stakeholders and party agents for the peaceful elections, commitment, and cooperation throughout the exercise.