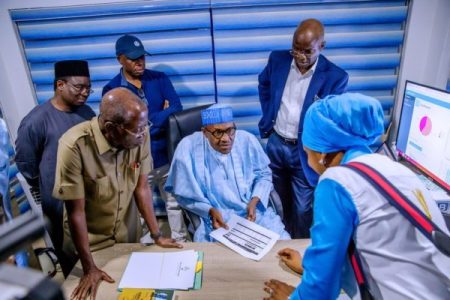 As the collation of election results continues by the Independent National Electoral Commission (INEC), President Muhammadu Buhari has on Monday, paid a surprise visit to the All Progressives Congress (APC) Presidential Campaign Council (PCC) Situation Room in Abuja.

Naija News reports that the President’s visit to the situation room was to spy so as to see the results collated so far by the electoral umpire.

The President’s Personal Assistant on New Media, Bashir Ahmad, made this known on his twitter handle when he said the president visited the Situation Room to show appreciation to the work being done by the staff.

The personal assistant on new media who later spoke on the visit of the president said the president appreciated the efforts of the staff, who were mostly volunteers, for monitoring the ongoing collation of results of the elections.

This is coming in few days after President Muhammadu Buhari had assured that he would eventually win the 2019 presidential election.

Recall that Buhari had earlier pledged not to comment on the process of the collation of results of the elections.

Naija News had reported that the president had said that he would wait for the results from the INEC rather than believe rumours that his opposition is leading in the ongoing election.

The collated results of the elections so far released by the Independent National Electoral Commission (INEC) in Abuja had indicated that the president has taken an early lead over his main challenger, Atiku Abubakar of the Peoples Democratic Party (PDP).

Buhari had in the results released so far won in Osun, Kogi, Gombe, Ekiti, Nasarawa, Yobe and Kwara states, while Atiku took FCT Abuja, Ondo and Abia although, more results are still expected. 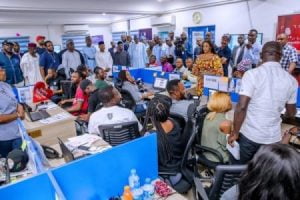 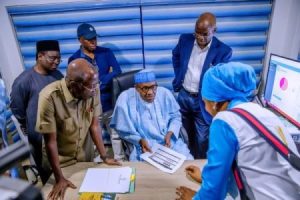 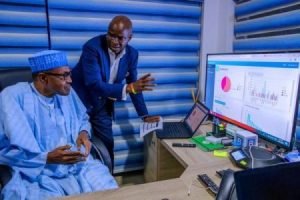