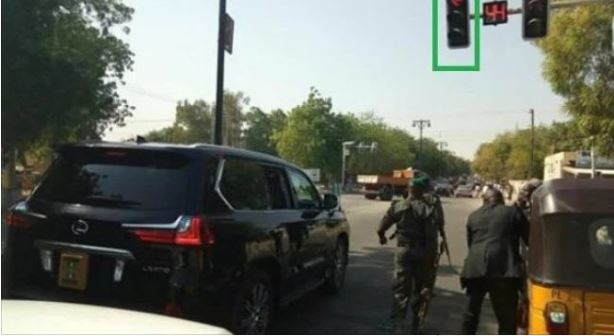 Boko Haram insurgents on Friday killed at least 60 persons in an attack on the convoy of the governor of Borno state, Kashim Shettima.

Naija News reports that the survivors also claimed: “between 100 and 200” who were abducted in the attack.

This News platform understands that the insurgents had attacked Shettima and his campaign team while on their way to Gamboru Ngala, a community which shares border with Cameroon.

In his confirmation, Shettima said that three persons were killed in the attack.

He identified those killed as “a soldier and two stakeholders, one of whom is the influential chairman of Jogol Handset Sellers Association.”

“One survivor said he saw about 40 bodies; another estimated that as many as 100 died,” the agency said.

“The militants also took between 100 and 200 people captive, officials said. At least 60 bodies were taken to a hospital morgue in Maiduguri after the attack, some with their throats cut, said a humanitarian worker who looked into the incident,” A source told Naija News.

A security official who was among the governor’s team reportedly said in his words; “they came out with two pickup trucks mounted with anti-aircraft guns, all of the fighters in military camouflage, while the rest of them came from the roadside, firing on us.”

“Some people tried to escape by turning back. Others abandoned their vehicles and ran into the bush. As they ran, the insurgents opened fire. I would not be surprised if 100 people lost their lives.”

The insurgents subsequently ordered other survivors into the remaining vehicles and drove away with “at least 100 people”, according to a witness, although “a Nigerian intelligence official put the number of captives as high as 200.”

According to another witness’ account, more than 200 people managed to escape from the scene.

“At least 60 bodies were taken to a hospital morgue in Maiduguri after the attack, some with their throats cut,” a humanitarian worker was quoted as saying.