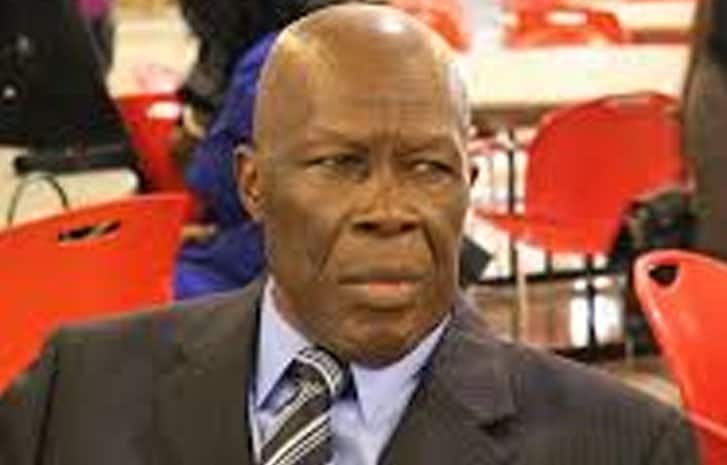 Soldiers Should Not Interfere In 2019 Elections Says Former Electoral Chairman

Humphrey Nwosu, a professor of Political science and a former chairman of the National Electoral Commission of Nigeria from 1989 to 1993, says soldiers should not be part of the electioneering process.

This is just as Chief of Army Staff, Tukur Buratai recently announced that soldiers would adopt a proactive posture that will stop thuggery, snatching of ballot boxes, illegal possession of elections materials and similar crimes during Saturday’s elections, Naija News reports.

Speaking on the conduct of the 2019 presidential election, Nwosu said if the elections involve all necessary party agents, there will be no issue of ballot snatching.

“They should be hitch-free movement of human beings that will conduct this election. Another thing is to secure the votes, count it before everyone, and the agent of each party having a copy,” Nwosu told Channels TV.

“This question of ballot snatching shouldn’t arise if the two agents, and I believe the two main contestants are APC and PDP, and they have enough personnel to cover all the 120,000 polling centres all over Nigeria.”

Nwosu said soldiers are for external defence, adding that people can be intimidated by the presence of soldiers. He added that all elections he coordinated under the military regime were done without the soldiers.

“Soldiers are not part of the process. They should not, it’s the police. People may see soldiers and feel intimidated. This is a point,” he said.

“In my humble opinion, throughout the elections we conducted, December 8, 1990 or December 14 for governorship, 1991; July 4, 1990 national assembly election we use [the] police.

“And the presidential election of 1993, soldiers didn’t appear anywhere, soldiers are for external defence, so this something we are doing for ourselves.”

Nwosu was appointed by Ibrahim Babangida as head of state, and he was in charge of the commission from 1989 to 1993.

He oversaw the 1993 presidential election, which was annulled, but considered one of the freest and fairest elections in Nigeria’s history.