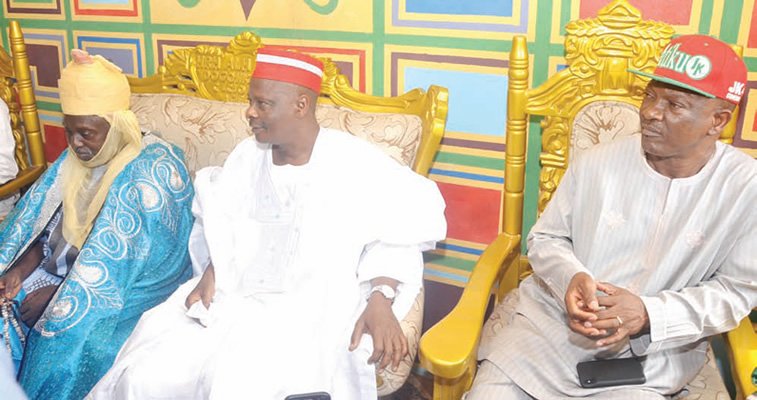 Kwankwanso and the PDP flag bearer were said to have visited Agege along with Agbaje’s running mate, Mrs Oluwayemisi Busari, a statement said on Wednesday.

The Serikin, Alhaji Musa Dogonkadai, prayed for the duo, as well as the PDP presidential candidate, Alhaji Atiku Abubakar.

The former Kano governor urged the Hausa community to support the PDP from the Lagos State House of Assembly, House of Representatives and Senate to governorship and the presidency.

In his short address, Agbaje, said the non-indigenes in Lagos were stakeholders and stood to benefit from the government of the PDP in the state.

He said, “This state once enjoyed massive development in multilateral sectors under the second republic regime of Alhaji Lateef Jakande. The current sets of rulers have pillaged the state for their selfish interests.

“I represent the renaissance of the Jakande style of unselfish and developmental governance; and Lagos State under me will be rid of the negative indices that have made it about the worst of the world’s mega cities.”