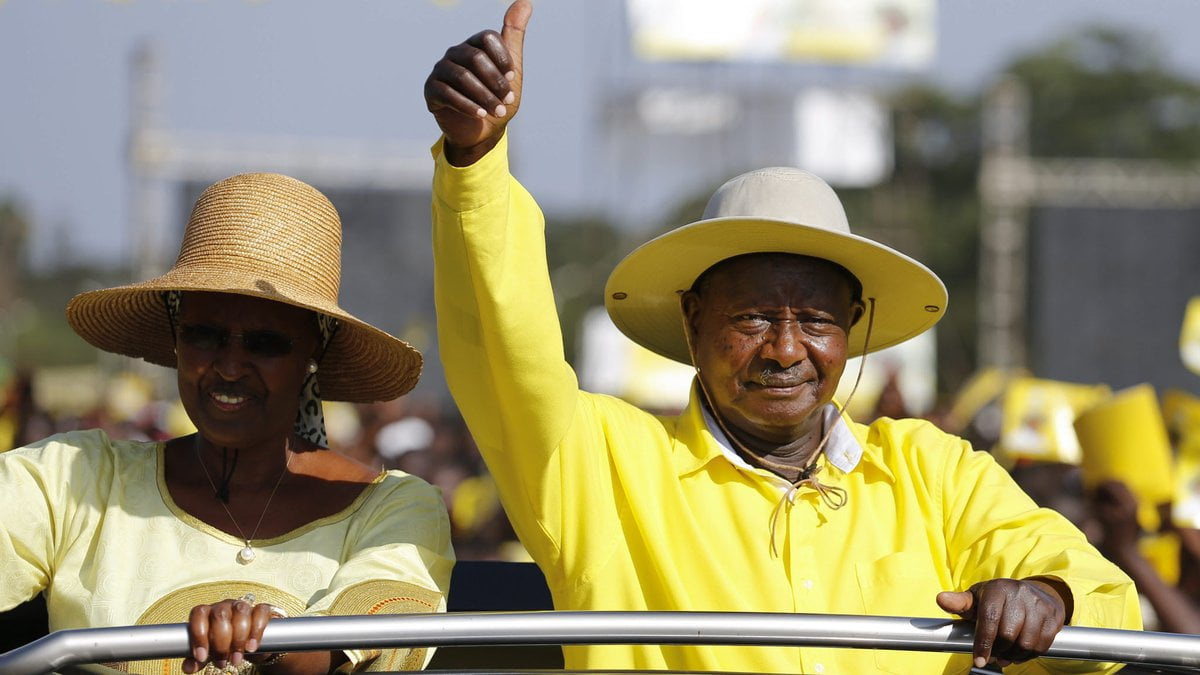 Uganda's ruling party has endorsed President Yoweri Museveni, 74, as its candidate in 2021 elections, which could see him seek re-election for a sixth term, a party resolution said Wednesday.

The National Resistance Movement (NRM) called for Museveni to "continue leading the movement and the state in 2021 and beyond to eliminate bottlenecks to transformation.

Naija News understands that the resolution was adopted at a retreat for top party officials chaired by Museveni. The move comes after a bill was signed in December 2017 scrapping a presidential age limit of 75, which would have blocked Museveni from running again, sparking demonstrations and an outcry from the opposition which accused the president of seeking to rule for life.

The constitutional court in July last year ruled in favour of removing the limit. Meanwhile, Last month Uganda's Supreme Court began hearing a petition to challenge this decision. However while running for a fifth term in 2016, he said it was not the right time for him to leave, as he still had work to do. Museveni is the only president most Ugandans have known in a country where the median age is less than 16.

The only difference btw Uganda style of leadership & ours is that in UG its done openly & here people hide in constitution & thats why the cry for a referendum is high. Someone doesn't want to go hom like Yoweri Museveni helb #WednesdayWisdom #IamNotBoarding #WednesdayMotivation

Young Ugandans have recently been energized by pop star-turned-MP Bobi Wine, who spearheaded protests against the age-limit amendment and has rapidly become a thorn in the government's side.

Bobi Wine, whose real name is Robert Kyagulanyi, told CNN in an interview earlier this month that he was "seriously considering" running for president in 2021.

"We believe that by the time we get to the election which is about two years away, we will have many Ugandans registered as voters and overwhelming Museveni looks like our only way out," he said in the interview.

Kyagulanyi was charged with treason in August, along with more than 30 opposition politicians, over the alleged stoning of Museveni's convoy after a campaign rally in the northwestern town of Arua.

During the campaign, Kyagulanyi's driver was shot dead when soldiers from the elite presidential guard raided the hotel in which he was staying.

The singer has also accused the security forces of torturing and beating him while in custody and later received medical treatment in the US for the injuries he said he received. The authorities have denied the allegations.