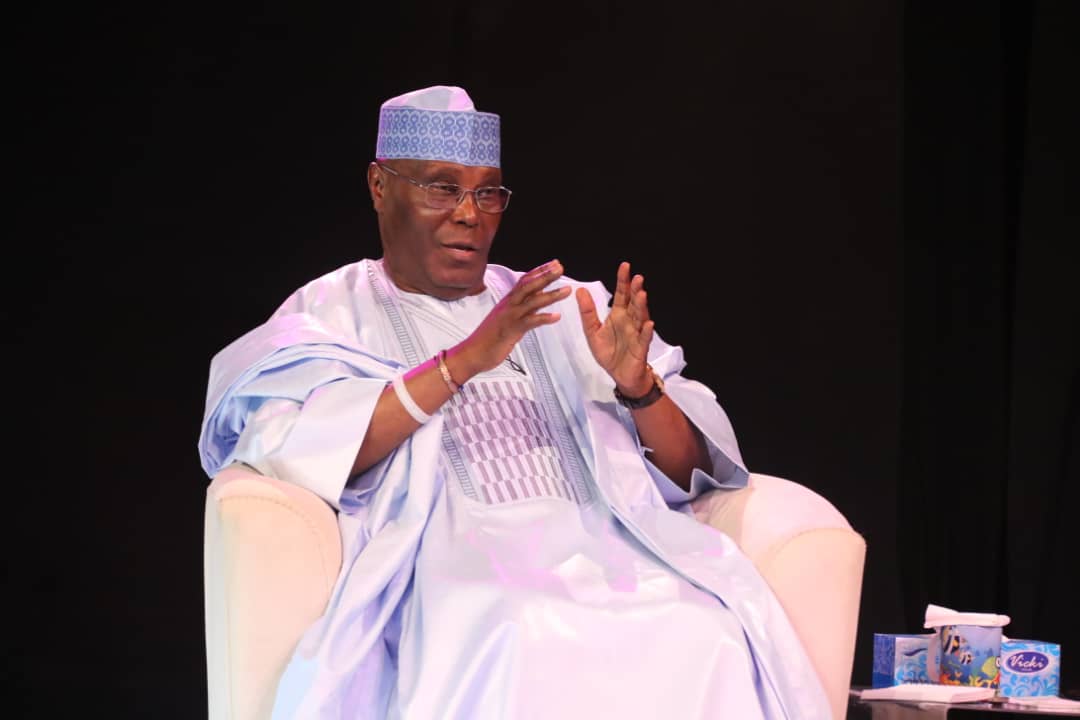 The presidential candidate of the Peoples Democratic Party (PDP), Atiku Abubakar on Wednesday, reiterated his plan to privatize the Nigerian National Petroleum Corporation (NNPC), if elected as president in the February 23 election.

Naija News reports that the presidential candidate of the PDP reinstated his plans for the NNPC when he spoke at a town hall meeting with ward, local government and state party leaders in the state at the Kaduna Trade Fair Complex.

The presidential candidate maintained that selling off the corporation and all the three refineries is the best option to correct the corporation’s inability to serve the purpose for which it was established in 1977. Atiku likened the sale of the corporation to the sale of the Nigerian Telecommunication Limited (NITEL) which he claimed served its purpose after it was privatized.
Abubakar also promised to allocate 30 per cent of appointments to women, adding that, he would provide adequate funds through the Small and Medium Enterprise Agency to empower women and the youth.