The General-Overseer of Omega Fire Ministries, Apostle Johnson Suleman, has called on his congregants to vote for who will rather “steal” their money than “take off” their neck.

Naija News reports that the Apostle, who predicted the postponement of the 2019 general elections, made this comment in a church service at his headquarters in Auchi, Edo state, Southern Nigeria on Sunday.

His words: “When they say Apostle has not been talking, I am not going to be talking spiritual thing from the spirit that’s the truth. Apostle who should I vote for? Are you going to vote for who will kill you?

“Even if you’re deaf, can’t you see? Let anybody be angry, I will say what I want to say. Never vote for anybody that will cut off your neck, I say so, we may consider it, take it to the internet, take it anywhere. 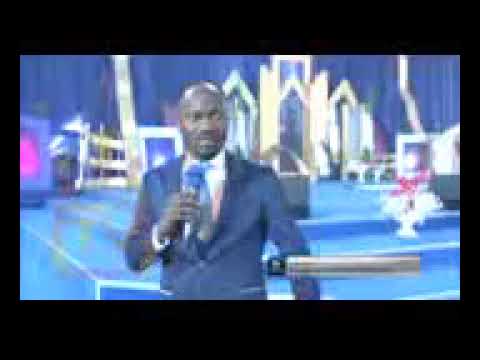 Naija News reports that the Commission also postponed the governorship and state assembly elections, it will now hold on March 9.

Giving a reason for the decision, Prof. Mahmood Yakubu said the decision was taken after a careful review of the plan for the exercise.