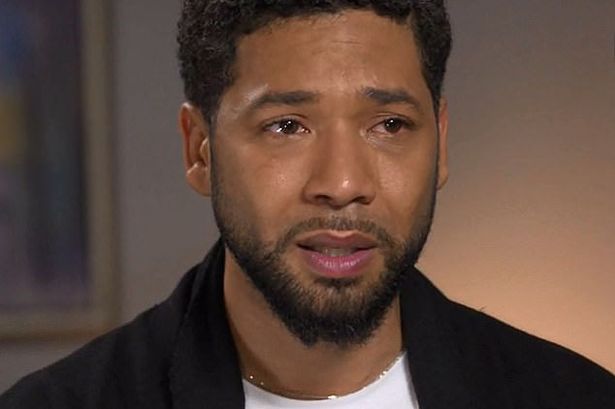 Producers of Television series “Empire” has allegedly slashed the role of Hollywood actor, Jussie Smollett, over allegations that he staged his recent homophobic and racist attack in Chicago.

The Hollywood actor and singer was allegedly attacked around 2 a.m. on Tuesday, January 29, by two men wearing ski masks who began yelling racial and homophobic slurs.

It was learned the attackers of the Empire star placed a noose around his neck after which they began to punch him and then pour an unknown substance on him screaming:

“This is MAGA country.”

However, a report surfaced on Monday claiming that the actor might have staged the attack himself.

Jussie’s case is heading to a Grand Jury as there are reports that he planned with two Nigerian brothers to attack him then filed a false police report.

According to TMZ, Smollett was supposed to have nine scenes and a big musical number in the second to the last episode, which is being shot now but five of his scenes have been cut and his musical number has been canceled.

Jussie Smollett popularly known as ‘Jamal‘  will no longer be the focus in the remaining four scenes. The scene features an ensemble, meaning he is flanked by a number of cast members.

TMZ also reported that with his duties pared down, Smollett will be spending way less time on set.