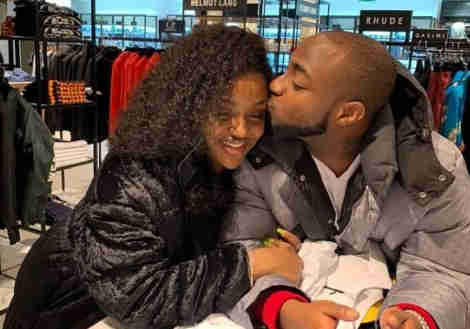 In a screenshot which has since gone viral, Spesh, Davido’s head of Corporate sponsorship, stated that Chioma was sleeping with other men while she’s in London and he also accused singer, Peruzzi, who is Chioma’s cousin of knowing about it.

#SurvivingDavido Now his own Director of Corporate Sponsorship King Spesh of #DMW says Chioma is having sex with multiple men “them they fuck Chioma” whenever she comes to London and claims another artist in the label Peruzzi “knows it all”. Is Peruzzi among them? Poor Davido 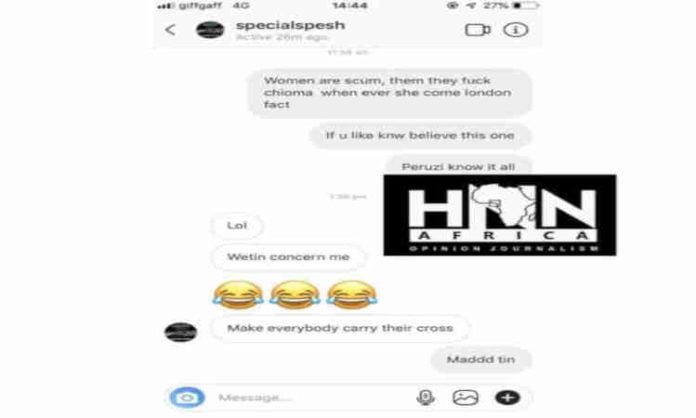 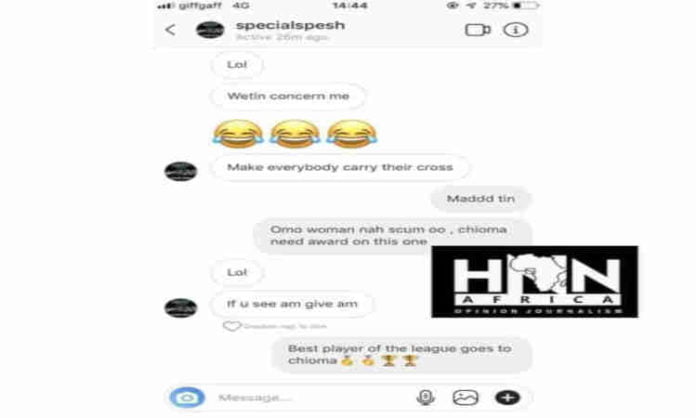