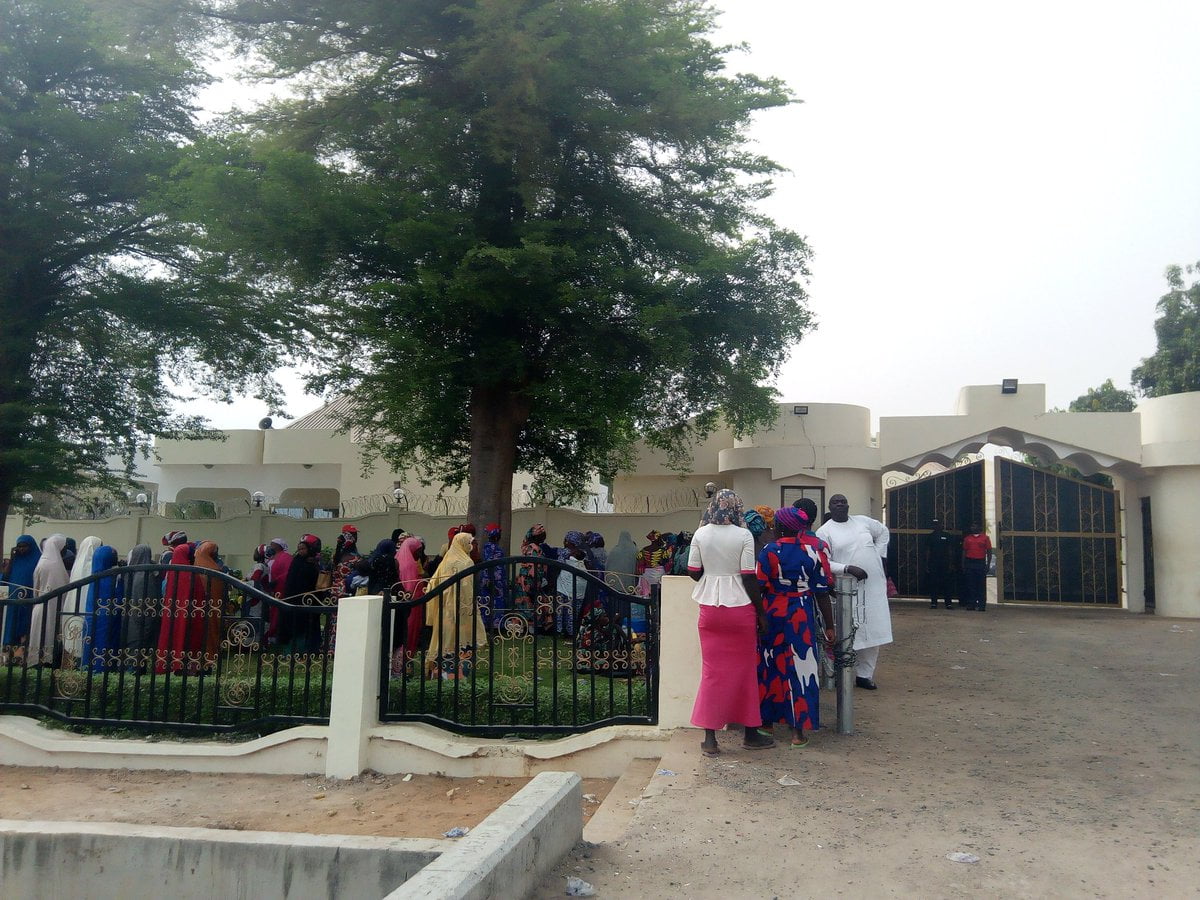 The candidate of the Peoples Democratic Party (PDP), Atiku Abubakar on Friday received thousands of supporters in his residence in Adamawa state.

Naija News reports that the supporters in their thousands stormed the home of the presidential aspirant in the eve of the election day.

The supporters who were in their large numbers cited at the gate of Atiku’s residents, claimed that they were going to pass the night at the house of the PDP’s candidate.

As part of their support for the candidate, they vowed to pass the night at the gate of Atiku’s home and then proceed straight to the ballot box come Saturday, February 16 to cast their votes.

Atiku is expected to contest alongside other presidential aspirants including President Muhammadu Buhari for the seat of the President of Nigeria who will, therefore, pilot the affairs of the country for the next four years.

Buhari might continue as Nigeria’s President if he defeats his counterparts in the Saturday, February 16 presidential election.