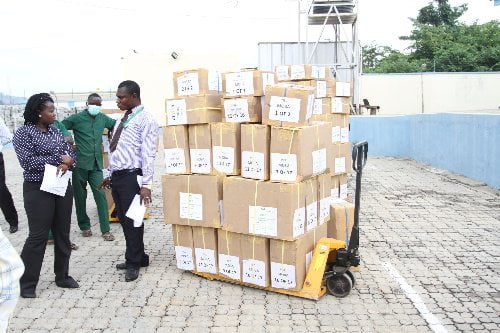 The Independent National Electoral Commission (INEC) has expressed fears that the Senatorial elections may not hold in Niger North and East.

Naija News understands that the commission’s statement comes after ballot papers needed for the elections are yet to arrive the state for distribution.

According to the Resident Electoral Commissioner (REC) in the state, Samuel Egwu, the election might not hold in some senatorial districts in the state.

In his words, Egwu said;  “The issue has been reported to the INEC’s Headquarters in Abuja for urgent attention.

“The officials of the Central Bank of Nigeria saddled with the responsibility of securing the electoral sensitive materials have gone to Abuja for the last batch of the sensitive materials for Saturday’s elections in the state, so we are waiting,’’ he said.

He asserted that about 85 percent of the materials needed to conduct the election in the state had already arrived but the state was still expecting some more materials. He said non-sensitive materials have been moved to the 25 local government areas of the state.