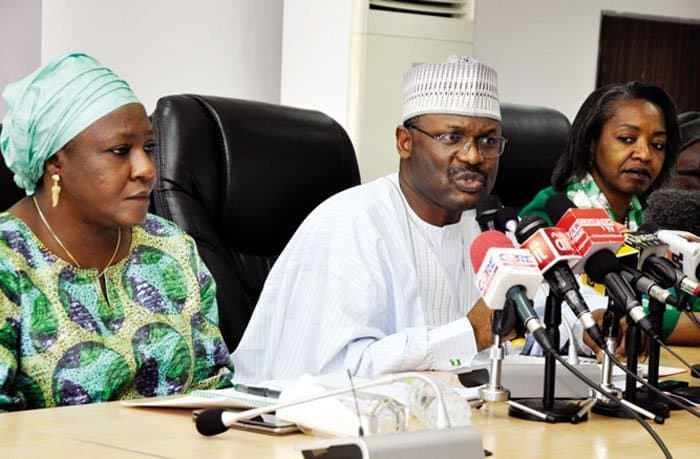 The chief press secretary to the chairman of the Independent National Electoral Commission (INEC), Rotimi Oyekanmi, says the electoral umpire has taken a decision on the elections.

Naija News reports that Oyekanmi made this known at the end of an emergency meeting which held at the INEC headquarters in Abuja, Nigeria’s capital on Friday night, February 15.

The CPS to the INEC Chairman said his principal, Mahmood Yakubu, would soon brief Nigerians on the outcome of the meeting.

Naija News had reported earlier that the commission had summoned stakeholders to a meeting to discuss the logistics challenges that could affect the exercise.

This online news platform learned that materials needed for the elections have not been distributed in some states. The development could affect the exercise, which promoted the officials of the commission to call for the stakeholders meeting.

The secretary of the opposition Peoples Democratic Party (PDP) in Edo state, southern Nigeria, Osa Nehikhare, accused the commission of conniving with the All Progressives Congress (APC), Nigeria’s ruling party, to sabotage the elections.

His words: “It’s 7.00pm on the eve of the presidential and national assembly elections and materials for Edo are not available. This sabotage was orchestrated and a danger to our democracy,” he said in a statement.

“They want stand-alone elections so they can deploy their agents of intimidation and harassment.”

Similarly, the immediate past governor of Ekiti State, Ayodele Fayose, also accused the commission of deliberately hoarding materials for the elections in some states to frustrate his party, the PDP.

The former governor said he was aware that ballot papers and result sheets for presidential and senatorial elections were not in Ekiti as of 9 pm, adding that only materials for House of Representatives were distributed.

Naija News reports that Fayose made this comment in a statement issued by Lere Olayinka, his media aide.

In the statement, Fayose said similar situations have already been reported in Oyo, Taraba, Edo, Niger, Ogun and Rivers.