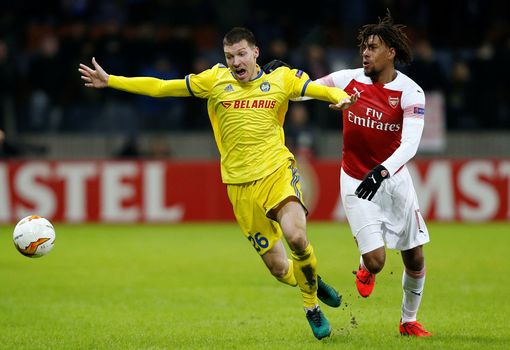 The Gunners lost 1-0 defeat to BATE Borisov in the UEFA Europa League round of 32 first leg tie on Thursday night.

A goal from Stanislaw Drahun gave the Belarus side all three points against the north London side.

“It was certainly the worst performance we have seen under Emery,” Keown told BT Sport.

“BATE, you have to give them credit, but Arsenal just didn’t have the penetration.

“There’s sloppiness within their play, you can blame the pitch, which is a poor excuse, but you’ve to be better than this if you’re an Arsenal team.

“On 70 minutes he [Emery] made the changes, Arsenal then had even more possession. They’ve got it all to do now in the second leg, I do expect them to win the second leg but it’s a poor performance from Arsenal.”

The Gunners will now tackle BATE on February 21 at the Emirates Stadium for the second leg fixture.