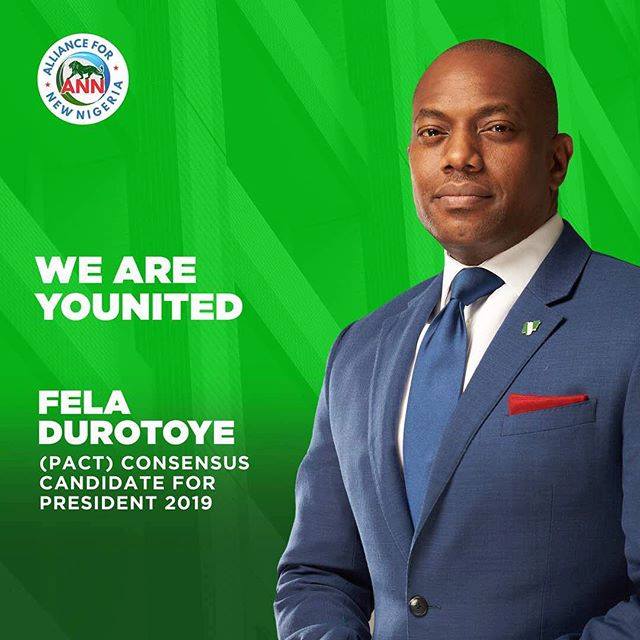 Fela Durotoye Speaks On The Need To Review Nigeria’s Constitution

The presidential candidate of the Alliance for New Nigeria (ANN), Mr. Fela Durotoye, says he will continue to restructure the nation if elected President.

Naija News understands that he made the pledge on Thursday during an interview on The Verdict, which aired on Channels Television while backing the calls for restructuring.

“It is that Constitutional Review Conference that will look at restructuring, as well as other areas,” he stated.

According to the ANN candidate, the average age for his proposed conference would be 40 years because the younger population should be carried along. He described the country’s constitution as a mobile application that requires update regularly.

“We are going to consistently look at the review of the constitution,” Durotoye explained.

He said, “The constitution is like an application and it should be a living app meaning that you don’t review it every four or six years. You review it every moment you see any reason to do so.”

As Nigerians go to the polls on Saturday, Durotoye was optimistic that the masses would choose between the old political class and a new generation of leaders.

He said, “Nigerians are today having a choice, not APC and PDP because they are really one party.”They just have two names. Nigerians are choosing on Saturday between the old politics and a new generation of nation builders.”