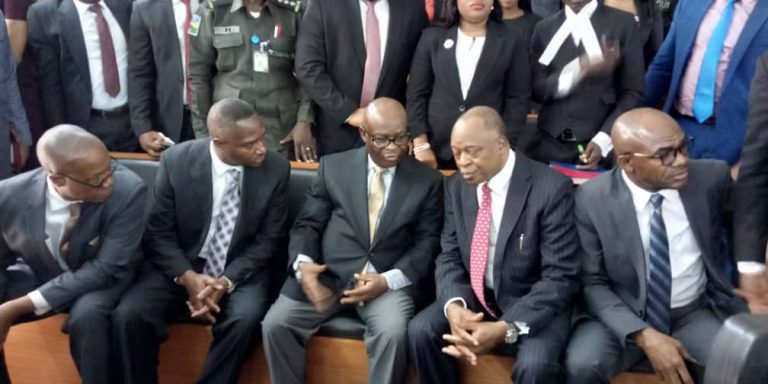 Onnoghen’s Presence At The Court (Photos)

Suspended Cheif Justice of Nigeria, Walter Onnoghen has appeared before the Code of Conduct Tribunal (CCT) for his arraignment.

Naija News understands that since his first arraignment by the CCT, Onnoghen has since been represented by his defence team led by Wole Olanipekun.

However, Onnoghen presence in court seems like a quick intervention to prevent his arrest as ordered by the tribunal.

As previously reported by this online platform, the embattled Onnoghen has since been granted bail on self-recognition. 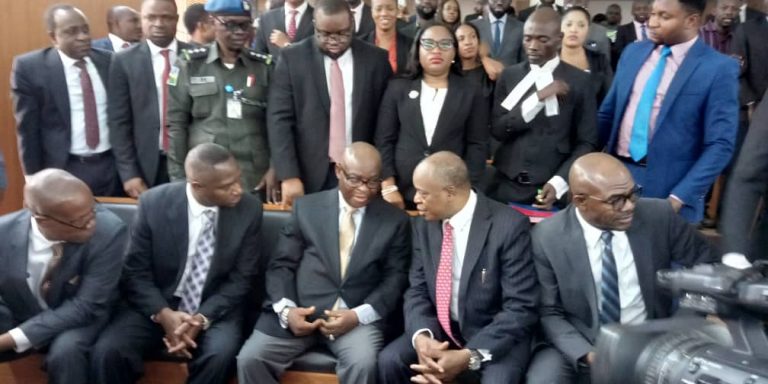 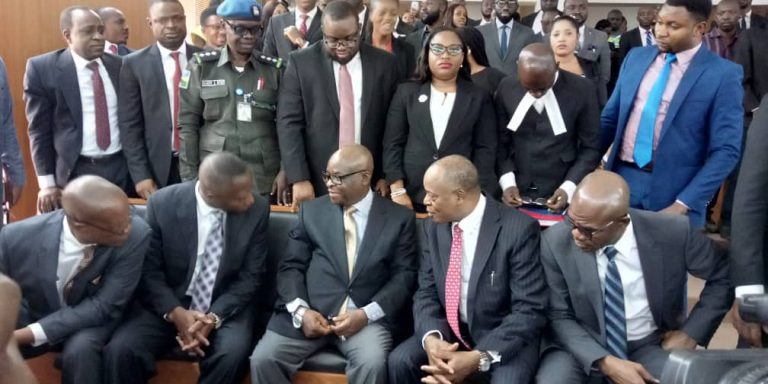