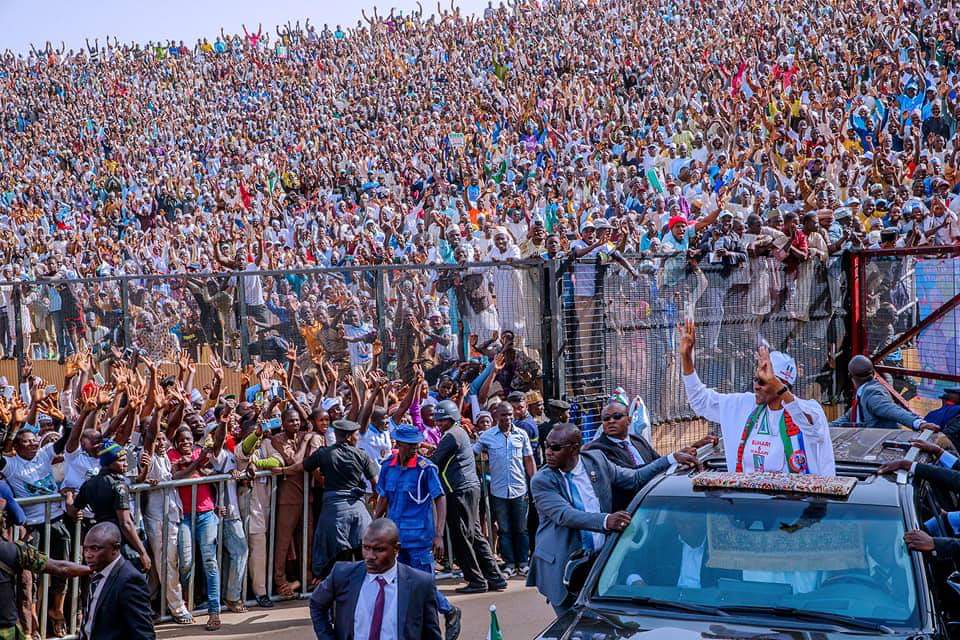 President Muhammadu Buhari has on Thursday arrived in his home state of Katsina to attend the All Progressives Congress presidential campaign rally.

The event is holding at the Muhammadu Dikko stadium in Katsina state and a huge crowd of supporters have already besieged the stadium ahead of the President’s arrival at the venue.

Naija News understands that the 35,000 capacity stadium is already filled to capacity but several people are still attempting to find their way into the event venue.

With the Katsina rally today, Mr. President has campaigned in all 36 states of the Federation and FCT Abuja.

The President is expected to retire to his home country of Daura after the rally where he will cast his votes on Saturday.

See photos and videos from the rally: