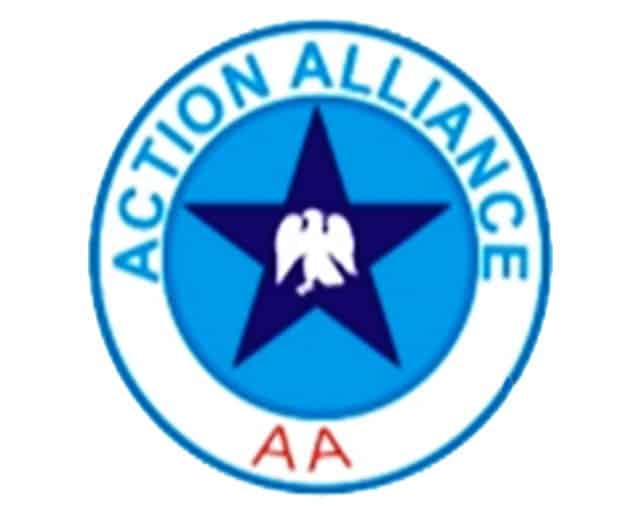 Ahead of the Saturday elections, the Action Alliance has directed its members across the 18 local government areas of Ondo State to shun its candidates and vote for the candidates of the Peoples Democratic Party in the state.

The decision was announced after the national body of the party adopted the presidential candidate of PDP, Atiku Abubakar.

The step was revealed in a statement signed by the South West National Vice Chairman of the party, Hon. Joshua Adewole, and the party’s chairman in the state, Engr. Williams Ogunleye.

The party also stated that AA is not having any candidate in Ondo State ahead of the 2019 general election stating that no primaries were held in the state.

“It has become necessary and expedient to bring to public awareness that we the leadership of action alliance in Ondo state, after weighing all options, had decided to reject all the claimants of the AA tickets across Ondo State.

“We hereby resolve to throw our support for all the candidates of the PDP across the 18 LGAs of Ondo state.

“Our decision is in tandem with the directive of the national chairman of our party, Barr Kenneth Udeze, who, on behalf of the National executive council of our AA endorsed the candidacy of Alhaji Atiku Abubakar and other candidates of the PDP across Nigeria.

“Besides this directive, it must be pointed out that the AA in Ondo State did not conduct any party primary election and as such did not field any candidates across the state.

“This position is further attested with the fact that INEC never observed any primary election of AA as required by law.

“We hereby dissociate ourselves as a political party with integrity which beliefs in the doctrine of leadership-followership, from all the claimants and purported candidates of our party (AA) in Ondo state.

“We wish to accordingly direct all our teeming members and supporters across the state to vote all the candidates of the PDP ahead of Saturday election,” the statement read.