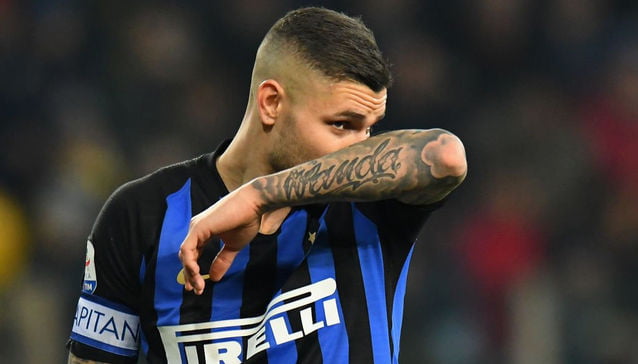 Inter Milan has stripped Mauro Icardi of the captaincy in favour of goalkeeper Samir Handanovic following speculation the Argentina forward is set to leave the club.

“The club can confirm that Samir Handanovic is the new captain of the team,” the Serie A outfit tweeted on Wednesday.

The switch comes as Icardi, 25, has yet to sign a new contract amid protracted negotiations between the club and his wife Wanda Nara, who also acts as his agent.

The Argentine has been left out of the team’s Europa League round of 32, first-leg game at Rapid Vienna on Thursday.

Icardi, valued at 100 million euros ($113 million), has been linked with a move away from Italy to Spanish giants Real Madrid or Chelsea in England.

The forward — joint top scorer in Serie A last season with 29 goals — has scored 15 this season in all competitions but has gone seven Serie A games without a goal.

“Nobody on the team puts him in a position to play well,” complained Nara recently.

“The contract is still very far away from being signed.

“There are some very important clubs interested in signing him.

“There are the two biggest clubs in Spain, with whom we have excellent relationships, plus an English team and a French one.”

Inter are third in Serie A, 20 points behind champions Juventus, and five points ahead of city rivals AC Milan in fourth.