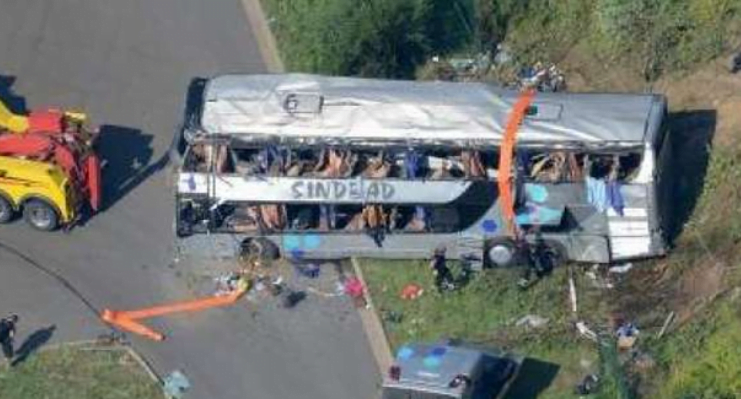 At least 13 persons have been confirmed dead while several others have been left with various degrees of injuries as a bus filled with passengers crashed on a highway in Macedonia on Wednesday.

Naija News reports that the crash killed about 13 persons and left a number f 30 injured as a result of the crash. The bus conveying 50 persons crashed around 20 kilometres (12 miles) from the capital.

While confirming the incident, the health minister,  Venko Filipce spoke in a statement obtained by Naija News. read; “Thirteen people were killed,” Minister Venko Filipce told reporters. “There are more than 30 injured.”

following the accident which happened around 20 kilometres (12 miles) from the capital Skopje. Around 50 people were on the bus.

While reacting to the tragedic incident, a public prosecutor said it had launched a probe into the accident that occurred “when a bus of the company ‘Durmo Tours’… crossed the barrier on the opposite side of the highway, then veered off the road and overturned near the village of Laskarci”.