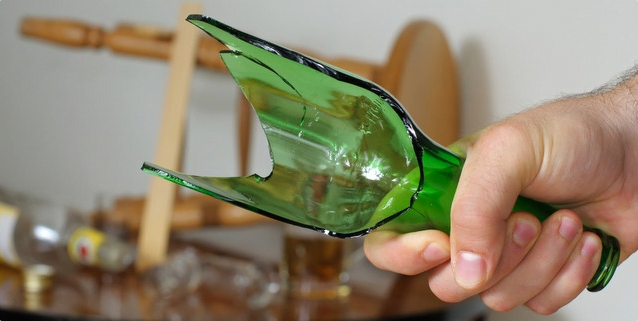 A  42-year-old woman, Mariam Dada, has on Tuesday appeared in court for stabbing another woman within the same age bracket with her.

Naija News reports that the woman who stabbed her victim with a broken bottle was arraigned before an Ota Magistrates’ court in Ogun state.

Dada, who lives somewhere around Iyana-Iyesi in Ota, is facing a charge of assault.

Mustapha said that the accused assaulted the complainant identified as Esther Lawal, by using a broken bottle to stab her on the left eye.

He said that offence contravened Section 353 of Criminal Code, Laws of Ogun State, 2006.

In her reaction, the accused pleaded not guilty to the charge levied against her.

However, the Chief Magistrate, Mathew Akinyemi granted her plaintiff bail in the sum of N200,000 and ordered her to provide two sureties in like sum.

While the case was adjourned to February 18, the judge ordered Dada to provide the sureties who reside within the court’s jurisdiction and be gainfully employed with evidence of tax payment.

In a similar development, Naija News reports that the Former SGF, Babachir Lawal arrived in court to plead not guilty to the charges against him.