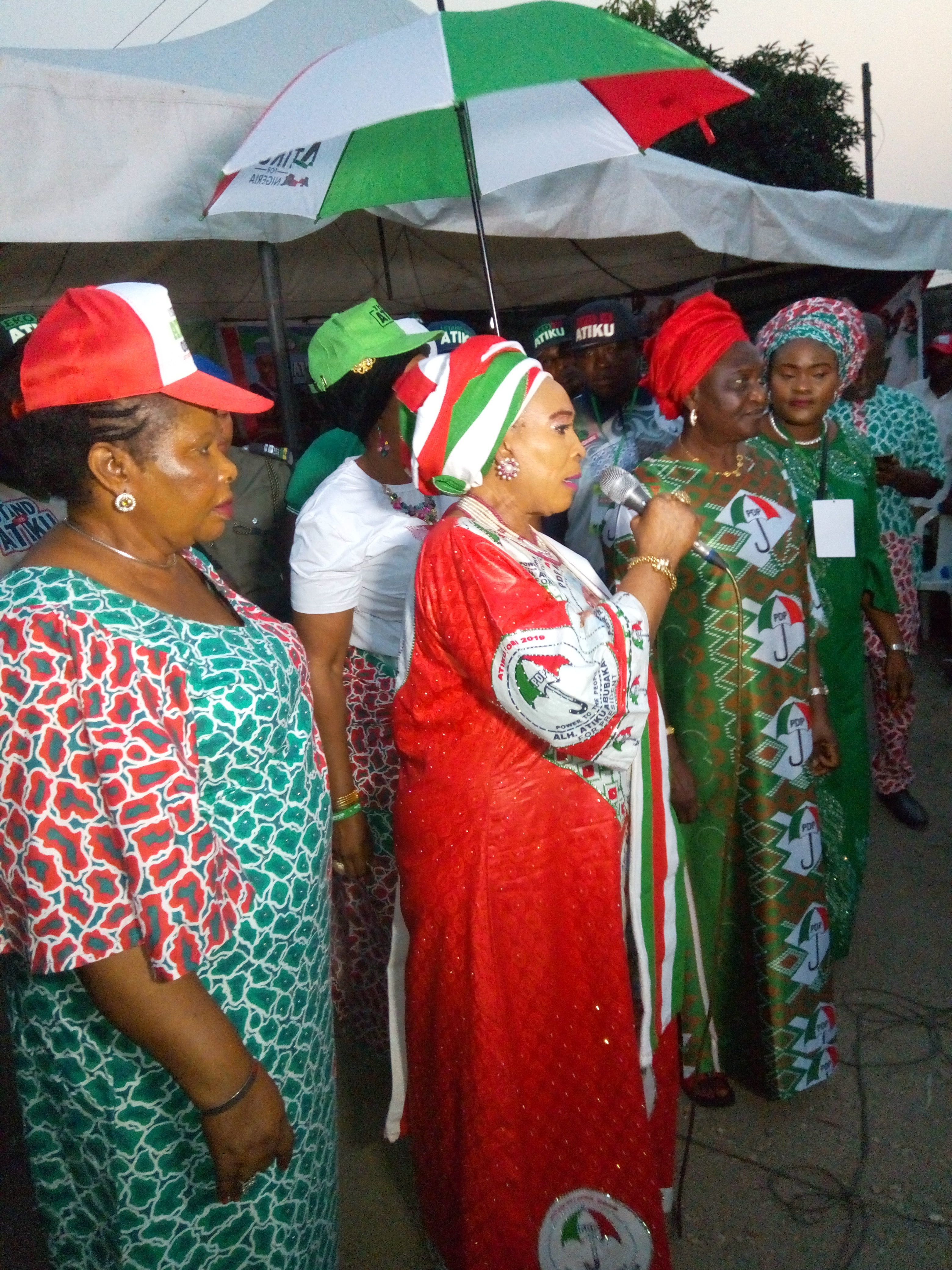 Naija News reports that Mrs Abubakar made this comment on Sunday, February 10, at a Town Hall meeting organized by Eko4Atiku movement which held in Obalende, Lagos, Nigeria’s commercial city.

At the Town Hall meeting, Mrs Abubakar said her husband will do this because he is determined to hand over the mantle of leadership to the younger generation.

Meanwhile, Naija News reports that Nigeria’s Presidential election is slated for February 16 with Atiku Abubakar hoping to unseat President Muhammadu Buhari who is seeking a second term in office on the platform of the All Progressives Congress (APC), Nigeria’s ruling party.