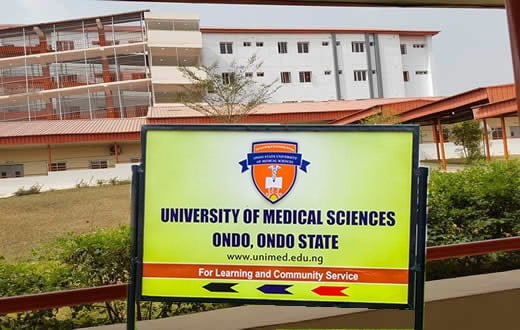 Parents of students under the University of Medical Sciences, Ondo have been appealed to by the Vice-Chancellor so as to save their children from being expelled.

The VC, Prof Friday Okonofua spoke about the failure of some students in paying their school fees. He stated that the institution would not hesitate to take action against students that fall under these categories especially those in their final year.

He made this known during the fourth matriculation ceremony of the institution where a total of 550 new students took matriculation oaths.

Okonofua further revealed that 51 students who were admitted into the institution were not matriculated because they were unable to pay their school fees.

“Parents should know that their children and wards will suffer irreversible consequences if they fail to pay their school fees because they will not be allowed to receive lectures nor sit for examinations. The university runs largely on the school fees paid by its students. Therefore, failure to pay is a very serious offence that we will not take lightly.”

He also called on the newly matriculated students to face their studies and obey the rules and regulations of the university.