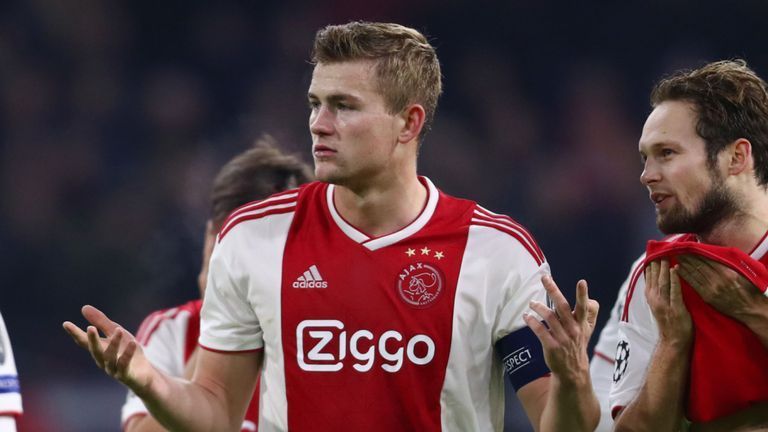 Juventus are the frontrunners in the race to sign Ajax defender Matthijs de Ligt.

Naija News understands the 19-year-old has become Europe’s most sought-after player after de Jong was snapped up by Barcelona.

The Dutch giants have already allowed Frenkie de Jong to pen a deal with Barcelona ahead of next season, and it appears likely that De Ligt will be given permission to join one of European football’s giants in the summer.

A number of clubs in the Premier League – including Manchester United and Liverpool – have been linked with the 19-year-old, as have Barcelona who are keen to find a long-term replacement for Gerard Pique.

However, according to Sport, Juventus are De Ligt’s most likely destination due to the relationship between the Italian outfit and his representative Mino Raiola.

The agent is said to be on excellent terms with Juventus, and that could prove to be the decisive factor in negotiations over the coming months.

De Ligt has just under two-and-a-half years remaining on his current contract.