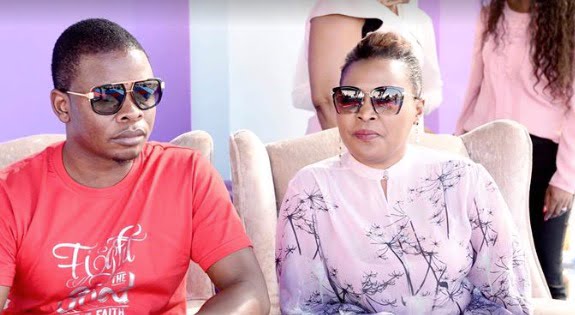 Self-proclaimed South Africa prophet Shepherd Bushiri, 35, and his wife, Mary, have been granted bail in the sum of R100 000 each.

The couple appeared in the Specialised Commercial Crimes Court in Pretoria.

While granting bail, Magistrate Mark van Wyk stated that the couple must remain in Gauteng.

The Magistrate said their travel documents must remain with the state.

However, if they need to travel, they would need to get written permission from investigating officers.

Bushiri and wife are also not allowed to make contact with any of the witnesses.

From as early as 06:00, Visagie street in Pretoria was once again packed with congregants from Bushiri’s Enlightened Christian Gathering church who prayed, sang songs of praise and called for his release.

The court heard that the state prosecutors were not opposing the bail as it believed that none of the grounds set out in section 60 of the criminal procedure act existed.

Bushiri’s lawyer, advocate Johan Hattingh told magistrate Van Wyk that the couple was in the country legally and that they had no previous convictions.

Bushiri and his wife were arrested by the Hawks last Friday and face charges of fraud, money laundering and contravening the provision of organized crimes act.

The case has been adjourned to May 10.