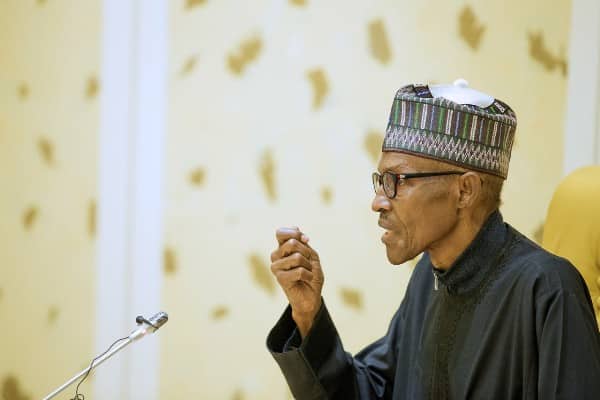 President Muhammadu Buhari has charged traditional rulers do more in curbing banditry and kidnapping in their communities.

Speaking at a meeting with the royal fathers in the Zamfara State Government House on Sunday, the president said that he felt disappointed that people close to some of them were found to have a hand in such criminality.

Buhari also expressed the determination of his administration to defend the country from criminals and insurgents.

“We are determined to defend the nation and its people. We are disappointed with some of the things going on. You are responsible for the security of your neighbourhood. Being close to your people, you know them. You are still relevant. I am sorry this has extended to some of your families,” he said.

Referring to the deployment of a large number of security personnel to the state, Buhari said that security is also the business of the traditional rulers, not that of the police and other security agencies alone.

“More security is not good news, but we must do something to secure our environment,” he noted.

The President commended the gallantry of the security agencies in battling kidnapping and banditry, saying “you know what we have achieved. You had one who styled himself as Buharin Daji, the Buhari of the forests, claiming to be in charge and not I at the centre. He is no more, and by my surviving him, you now know who is stronger.”

According to the president, he was contesting this election as his fifth and the last, because as he noted, “a second term is what the constitution allows, and I will not abuse the constitution.”

The Chairman of the council of traditional rulers and Emir of Anka, Attahiru Ahmed and the Governor, Abdulaziz Yari Abubakar, praised the efforts of the President in changing the unwanted security situation in the state.

According to the governor, “From the presence of an ammunition depot manned by just 30 men when you took office in 2015, Zamfara State today boasts of the presence of 4,700 combined security personnel who are assisted by 8,500 State Joint Task Force, SJTF members. We also have the 223 Battalion, the 607 Quick Response Battalion and the 1 Brigade in Gusau.”