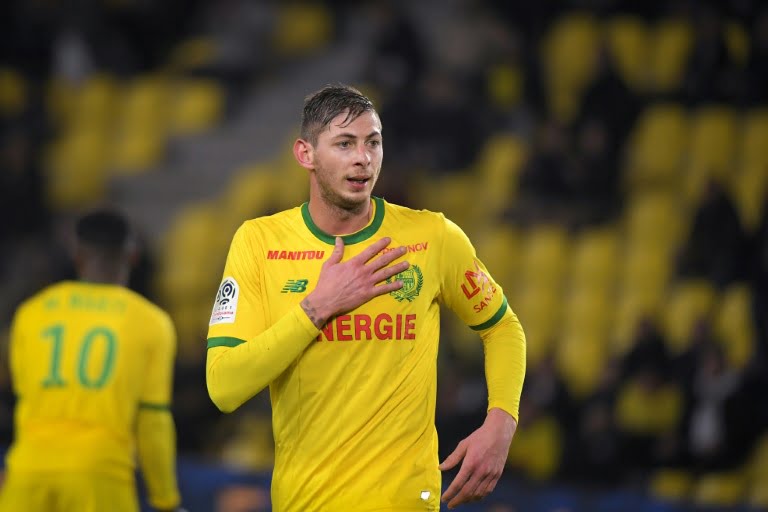 French Football Club Nantes have announced that the club will retire the no.9 shirt, in honour of Emiliano Sala.

Naija News recalls that Emiliano Sala’s body was recovered from the wreckage of a plane he was travelling on that crashed on its way to Cardiff City.

In a statement by Nantes, the Ligue 1 outfit stated that it was retiring the jersey as a mark of respect to the Argentine striker, who spent four years on their books.

A statement released by the club read: “FC Nantes had the immense sadness on Thursday to learn that the body found was that of Emiliano Sala. This news puts an end to interminable and unbearable waiting. Emiliano will forever be one of the legends who has written the great history of FC Nantes.

“There are difficult mornings, nightmarish awakenings, where unhappily reality hit us. Emi is gone…

“Emiliano Sala arrived on the backs of the Edre in July 2015 and knew how to win the hearts of the Nantes supporters. With his work, his desire and his kindness without limits, he finished as the club’s top scorer in his three seasons.

“The homages paid to him nationally and internationally match the player and person that he was. Today, we have lost a friend, a talented player and an exemplary team-mate.

“We can’t forget in this drama the pilot and his family and have confidence that the authorities will continue their search.

“For Waldemar Kita, president of FC Nantes: ‘I don’t have the words. It’s a tragedy, I’m crushed. Emiliano left his mark. That’s why, like many fans, I wish to honour him by retiring the No.9.’

“Nantes, its board, its staff and its players, wish to pass the families of Emiliano Sala and David Ibbotson their deepest condolences. We will never forget you Emi.