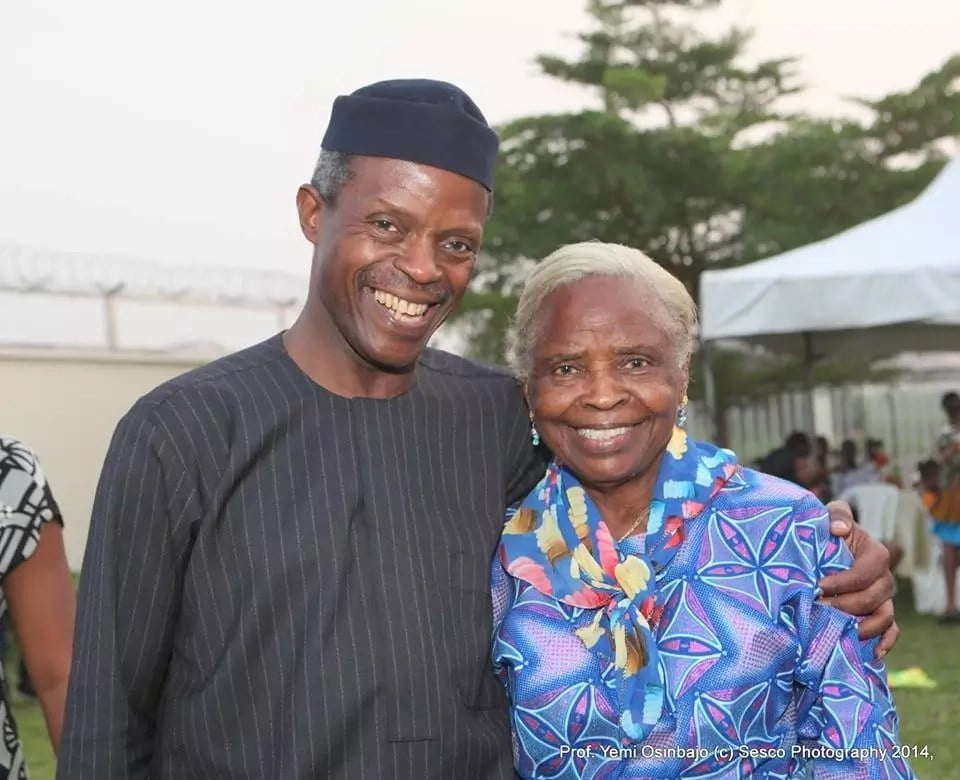 This she made known when her son visited her in Somolu area of Lagos during his house to house campaign.

She said the previous governments in 16 years could not record the amount of success recorded by the present administration in four years.

She also thanked God for sparing her son’s life following the helicopter crash in Kogi on Saturday.

“They have tried. If anybody says they have not done anything, then you can say that man or woman is not in this world, such is in another world because they have tried,” Osinbajo said.

“What they (Buhari/Osinbajo) did in three years, people couldn’t do it for 16 years. We are praising God and we shall praise God after the elections.

“I am overwhelmed with this visit and I must thank God for everything that He is doing in my life. Do you know that on Thursday I was busy thanking God and praising God. I didn’t know what was going to happen on Saturday.

“I have been praising God and I told my people I wanted to praise God on that Thursday until the evening of that day not knowing that something would happen on Saturday.

“That gift was given to me by Jesus Christ that I should be praising Him and that I will never be sorrowful. That was what God told me.”