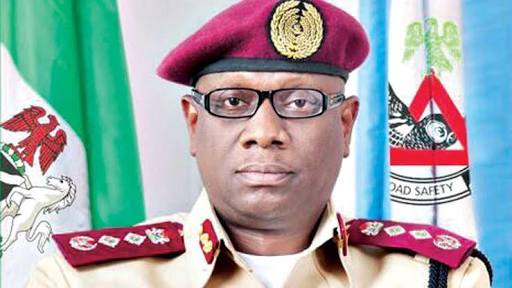 The Federal Road Safety Corps (FRSC) says Nigeria has lost a huge sum of  N39 billion to trailer/tanker crashes in 2018.

Naija News reports that the Corps Marshal of the corps, Boboye Oyeyemi, on Friday decried that over 90 perccent of tankers and trailers were over 30-years old, saying that maintaining these trailers and tankers were serious matters that need to be addressed.

In his words, Oyeyemi said; “This is not a pleasant story; it is a serious matter and loss to the economy; this gory tale is not the best for the country,” he said.

“It costs about N50 million to buy a new head for a tanker excluding the body, while registration and insurance would cost about N60 million to put a tanker or trailer on the highway,” he said.

While calling for efforts to decongest the traffic on Nigerian roads, Oyeyemi commended the Buhari-led appreciation for the introducing the rail system in Nigeria.

It would be recalled that Naija News had reported that the Buhari-led government had recently planned a free ride for citizens from Lagos to Abeokuta.