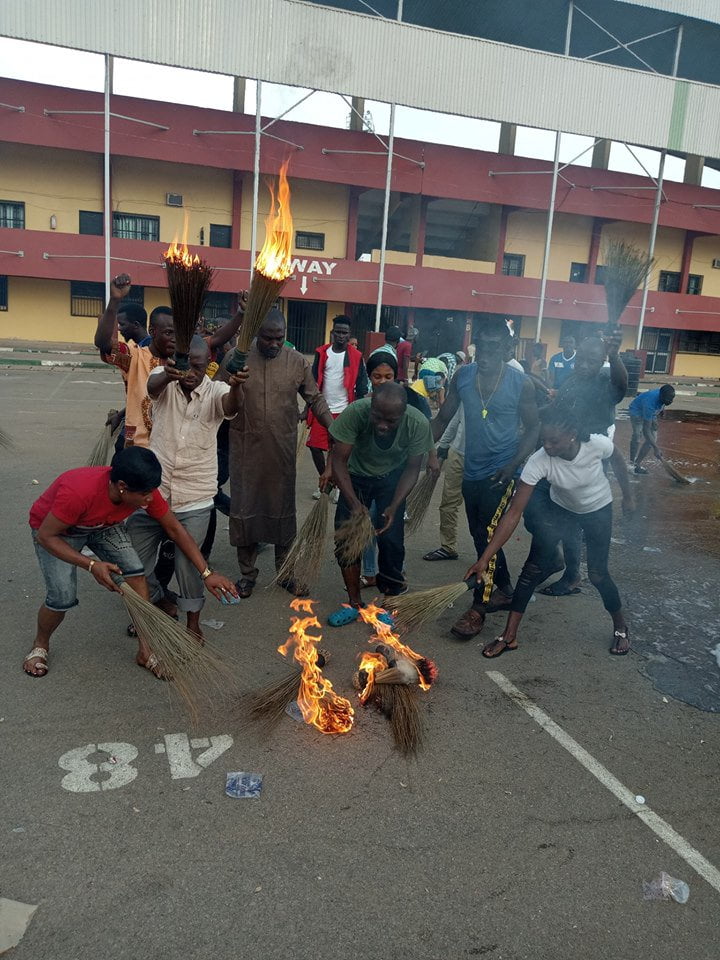 Angry Youths in Benue State, on Wednesday, stormed the Aper Aku stadium in Makurdi, the state capital, where the Presidential campaign of the All Progressives Congress (APC) held to ‘cleanse’ the venue.

Naija News reports that President Muhammadu Buhari visited Benue for his campaign, a week to the nation’s Presidential election slated for February 16.

After the President and his entourage departed the state, angry youth stormed the campaign venue with water, where the washed the ground and also burn brooms which is the symbol of the APC.

It was learned that the angry youths alleged that the President and his campaign team came to the state with bad luck.

The angry youths, in their hundreds, were seen running around the Aper Aku stadium with burning fire and chanting victory song after the President had departed the campaign venue. 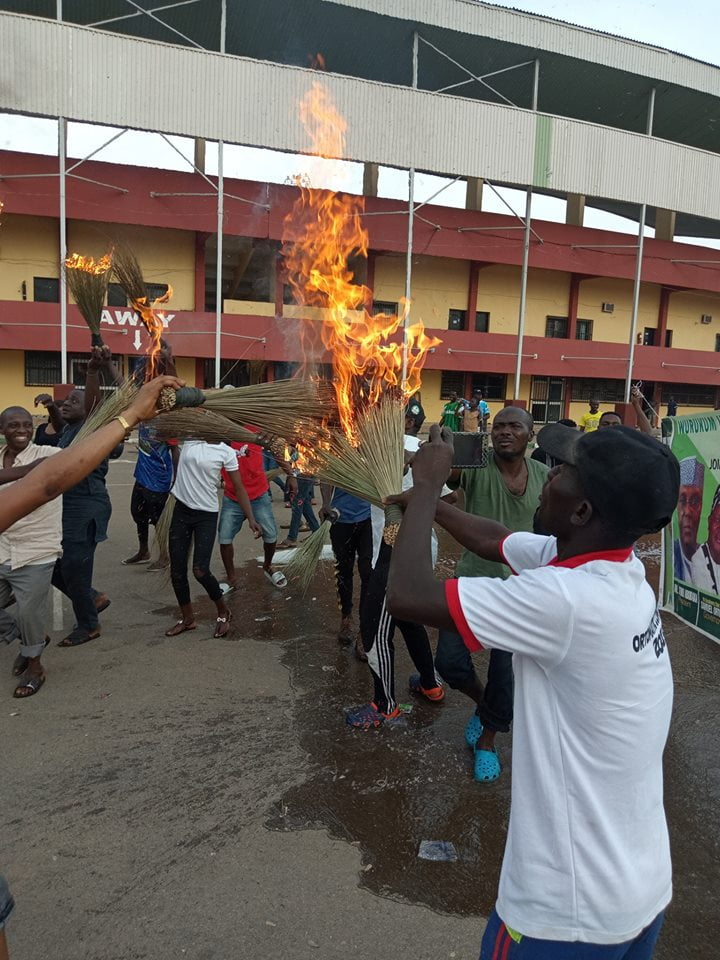 Meanwhile, President Buhari is not the first Nigerian President to experience such as Goodluck Jonathan also faced the same fate while in power.