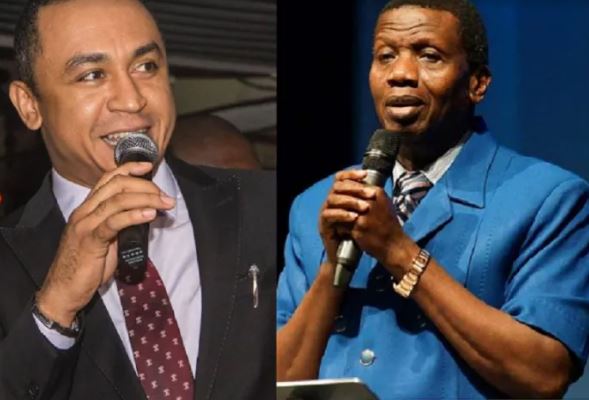 As part of his customs to shade religious clerics and their activities, controversial on-air personality, Daddy Freeze has again attacked the General Overseer of the Redeemed Christian Church of God (RCCG), Pastor Enoch Adeboye.

The controversial OAP lashed Pastor Adeboye over the recent survival of the vice president, Yemi Osinbajo after the helicopter crash in Kabba, Kogi state.

It would be recalled that Osinbajo in his testimony after surviving the crash, revealed that Pastor Adeboye had prayed with him the night before the crash which he (Osinbajo) might be the reason God decided in his infinite mercy to spare his life.

But the OAP mocked the general overseer and maintained that the prayers of Adeboye had no connection with Osinbajo’s survival.

Daddy Freeze had in recent times be known for attacking religious clerics and their churches.

In a series of post on his social media handles, Daddy Freeze said; “if Adeboye’s prayer saved Osinbajo from the crash, then Miles Monroe who died in a copter crash must have been praying to the devil then, abi?”

“He (Adeboye) also prayed for Erastus as well, please where is his bank today?” He asked.

“Before we give credit to Adeboye’s prayers for Osinbajo’s helicopter crash save, lets remember that Bimbo Odukoya and Miles Monroe, both pastors, died in plane crashes. Adeboye also prayed for Jonathan, remember?”

Daddy Freeze furthered to cite examples of people who survived crashes without being prayed for.

“In 1972, Vesna Vulovic fell from 33,000 feet, which is the cruising altitude of a Port Harcourt bound Lagos flight. She survived without Adeboye’s prayers and went on to live a normal life.

“In 1971, Juliane Koepcke, while strapped to her airplane seat fell (10,500 ft) into the Amazon Rain Forest. She survived the fall without Adeboye’s prayers & was then able to walk through the jungle for 10 days till she was rescued,” he stated.

Meanwhile, Daddy Freeze had continued to receive lashes since his post against Pastor Adeboye surfaced online.