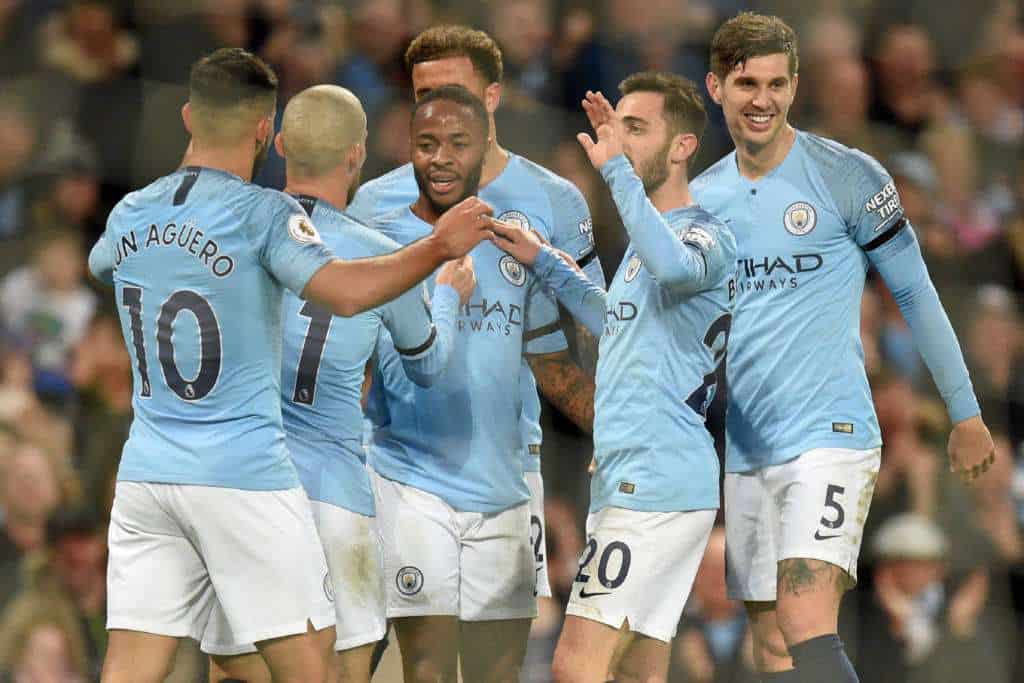 English Premier League champions Manchester City climb to the top of the EPL after defeating Everton 0-2 at Goodison Park on Wednesday.

City were 7 points behind Liverpool on January 19 but Wednesday’s win sees them move level with Jurgen Klopp‘s Reds, the defending champions taking over at the summit on goal difference.

Aymeric Laporte’s second league goal of the season put City ahead in the final moments of the first half, Everton giving the defender the freedom of the penalty area to head past Jordan Pickford.

Everton were much improved from their woeful home defeat to Wolves at the weekend, but still looked vulnerable from set pieces, with Leroy Sane also going close from a corner in the first half. The hosts also lacked the guile to unlock the City defence.

The visitors wasted a number of chances to extend their lead before Gabriel Jesus wrapped things up in stoppage time, condemning struggling Everton to a seventh defeat in their last 10 league matches.