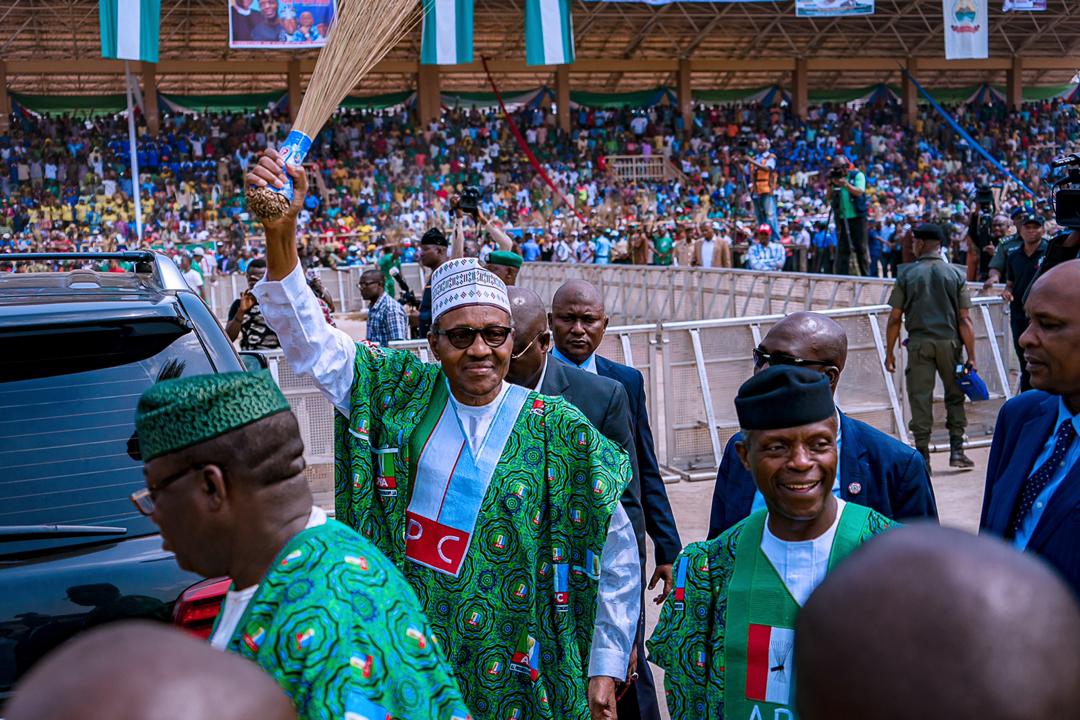 President Muhammadu Buhari on Tuesday, made another gaffe during the presidential rally in Ekiti, Southwest Nigeria, saying he and his party, the All Progressives Congress (APC), came into power in 2005 as against May 29, 2015.

Naija News reports that President Buhari was trying to remind the people that his party was conscious of the promises it made in 2015 when he made the blunder.

In a video which has gone viral on social media, the President while addressing the people said, “We are very conscious of the promises we made when we were coming in 2005” instead of 2015.

This online news platform recalls that President Buhari had said while campaigning in Kogi State, that he was sworn into office on the 19th of May, 2015 instead of 29.

Similarly, Buhari goofed in Calabar, Cross River state, when he raised the hand of the wrong person as gubernatorial candidate of the party in the state.

Instead of raising the hand of the APC gubernatorial candidate, Senator John Owan-Enoh, the President raised the hand of acting Chairman of APC in the state, Sir John Ochala.

Also on January 17, President Buhari made another gaffe during the presidential rally in Warri, Delta state when he referred to Great Ogboru, the state governorship candidate of the APC as “Presidential candidate”.

In the same vein, last week Thursday, President Buhari goofed again during the presidential campaign rally in Onitsha, Anambra state when he referred to “South-Eastern States” as “East Central State”.

Watch the video of the President campaigning in Ekiti state, where he made the blunder below…