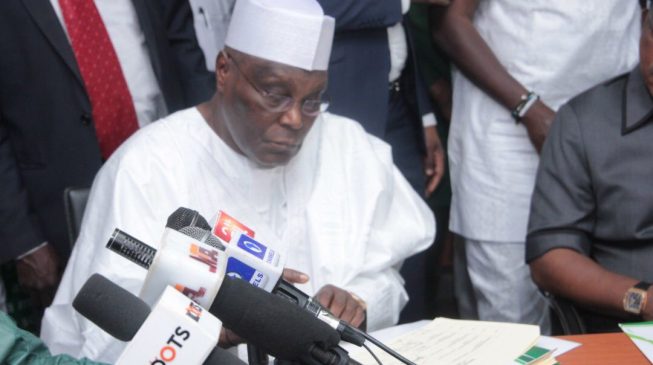 Speaking to newsmen in Kaduna on Wednesday, Ango Abdullahi said Buhari failed to deliver after the same bodies supported and fought for his election in 2015.

“Because he didn’t do what he was supposed to do, myself with northern elders decided to come together with other five bodies across the six geopolitical zones to endorse Atiku after accessing the two of them. So, I am saying that we’re supporting Atiku,” he explained.

He accused them of only existing to serve the overall interest of the paymasters only and cannot be regarded as an independent electoral umpire in the state.

The professor noted that until the law that established it is expunged from the electoral law or constitution, there would be no proper democracy at the third tier of the government.