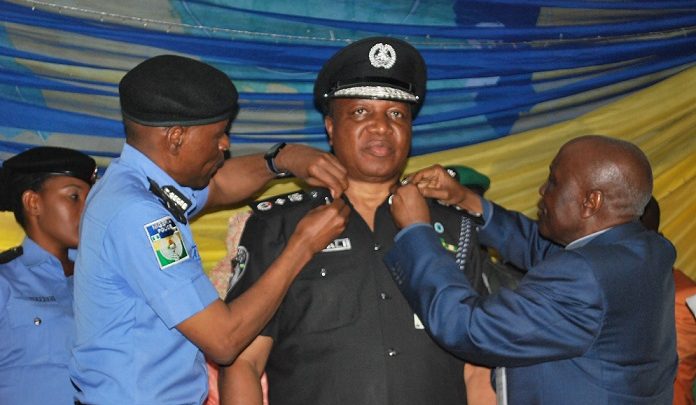 This is coming after the retirement of seven DIGs after the appointment of the new Inspector General of Police (IGP), Adamu Mohammed.

Adamu decorated the DIGs and immediately inaugurated them into the Force Management Team (FMT).

The new DIGs have been posted to their new departments and directorates as follows;

In his opening remark, Adamu said that; “no organisation rises above the quality, competence and dedication of its management team as well as the depth of the goals set for the organisation.”

The IGP urged the new DIGs to justify the confidence reposed in them by the Police Service Commission, the Nigeria Police Force, as well as the Government and People of Nigeria.

Others were present at the decoration ceremony were; IGP Ogbonnaya Onovo (rtd), the Executive Governor of Kebbi State, Senator Abubakar A. Bagudu, family members of the newly promoted officers and other dignitaries.