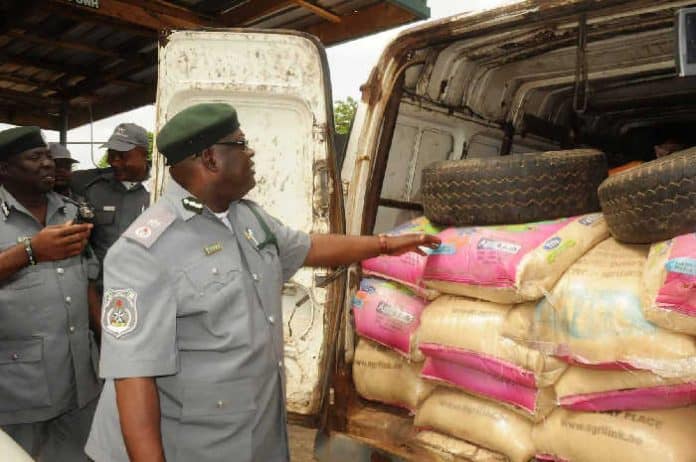 The Nigerian Navy in Akwa Ibom State has arrested four suspects for the smuggling of 120 bags of contraband rice.

Three fiber boats with 200, 175 and 150 horsepower Yamaha outboard engines and a generator alongside other items were also intercepted with the 50kg bags of rice said to have been brought in from Cameroon.

Speaking, yesterday, in Ibaka during the hand-over of the suspects and items to the Nigeria Customs Service, the Commanding Officer, Forward Operating Base, Captain Yusuf Idris, who was represented by Captain Reginald Adoki, said the Navy will not cease to apprehend smugglers.

Two of the suspects, a driver of one of the boats and his assistant denied being part of the illegal trade, saying they were only doing their job and trying to earn a living.

The driver, Asuquo Etim said, “I carry passengers to Cameroon but I used to ply the Bakassi route. I didn’t have passengers to bring back from Cameroon so I decided to bring the rice. This is my first time carrying rice, I am an indigene of Oron in Akwa Ibom State.”

Naija News reports that the federal government has banned the importation of rice into the country in order to boost the production and consumption of local rice and encourage local farmers.