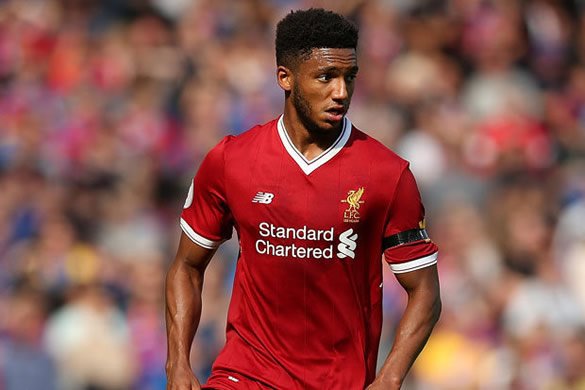 Premier League side Liverpool, on Monday announced that Joe Gomez will undergo an operation to aid his recovery from leg fracture.

Gomez suffered the injury in a 3-1 victory at Burnley early in December.

The report from Liverpool had that Gomez might be out of play for six weeks, but now the club has refused to state that specific date he will be back in play.

“Liverpool can confirm Joe Gomez is to undergo surgery to assist his recovery from a lower leg fracture sustained at Burnley on December 5,” the club said in a statement.

“It’s a blow for the boy and for us — because prior to the injury he was in such fantastic shape.

“But he is too valuable to take any risk with, both for our present and future, so we get this procedure done and he comes back when he’s ready.”

Meanwhile, Gomez said it had been difficult finding out he would be sidelined for longer than first thought.

“Obviously being out for longer than we’d first hoped for is hard to swallow but it’s part and parcel of the industry,” he said.

“It was an injury caused by an impact, like nearly all the injuries I’ve had in my career, so I know it’s just a case of when it’s fully healed I’m good to go again.

“The hardest part is not being able to help the team and contribute on the pitch at the moment, so it’s important I come back ready to go and this procedure will help with that.”