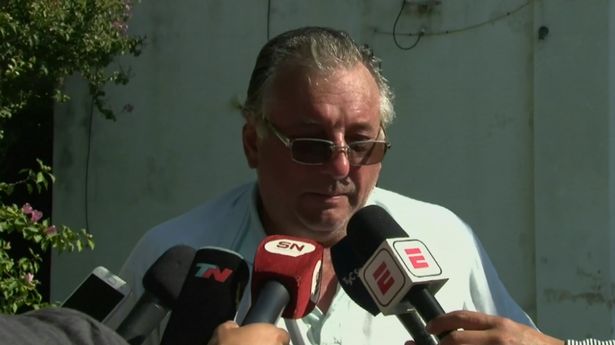 Horacio Sala, the father of Emiliano Sala, has disclosed his agony after the plane carrying his footballer son was found on the seabed of the English Channel.

Speaking on the matter, Sala’s father Cronica TV in Argentina: “I cannot believe it. This is a dream. A bad dream. I’m desperate.

“I communicated with them every day, but since I do not have Whatsapp it’s hard to call them or call me.

“They told me that the days passed and there was no news of Emiliano or the plane.”

This online news platform recalls that Guernsey Police had off the initial search for Sala after four days before money was raised to fund a private team to continue looking for the plane.

The footballer had just signed for Cardiff in a club-record £15million deal before returning to Nantes to say goodbye to his former teammates and staff.

Sala, who has been presumed dead, was on his way back to South Wales when the aircraft went missing over the Channel.

David Mearns, a renowned shipwreck hunter who headed the private search for Sala, tweeted: “Wreckage of the plane carrying Emiliano Sala and piloted by David Ibbotson was located early this morning by the FPV MORVEN.

“As agreed with the AAIB they moved the GEO OCEAN III over the position we provided them to visually identify the plane by ROV.

“The families of Emiliano Sala and David Ibbotson have been notified by Police. The AAIB will be making a statement tomorrow. Tonight our sole thoughts are with the families and friends of Emiliano and David.”

Speaking to Sky Sports News, Mearns added: “Our job is done. This is an active investigation now in the hands of the AAIB, and they will be taking over as agreed.

“We’ve had a long trip back and all I could think about was the families. This is what they wanted us to do, we’ve achieved it and that’s the best we could have hoped for – the best outcome.

“An incredibly tragic and sad, and a devastating moment, but at least some of their questions will be answered because of what we will be able to do today.”