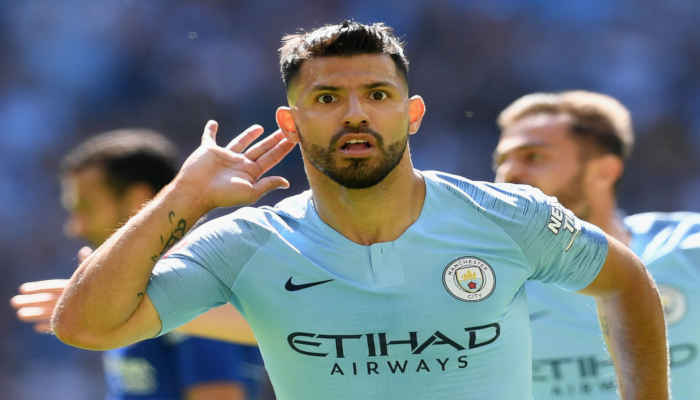 Three goals from Sergio Aguero was enough for Manchester City to breeze past Arsenal and maintain pressure on Liverpool for the English Premier League title.

Pep Guardiola’s City had faced the prospect of falling seven points behind Liverpool after Tuesday’s 2-1 loss at Newcastle United, but the league leaders could only manage a home draw with Leicester City the following day.

And with The Reds not in action again until Monday’s trip to West Ham, City got to within touching distance of the summit as Aguero broke the deadlock after just 46 seconds.

Arsenal captain Laurent Koscielny pulled restored parity for the Gunners against the run of play.

Aguero grabbed his hat-trick with two close-range finishes, the latter having hit his arm, to ramp up the pressure on the Merseysiders and keep Arsenal in sixth, three points adrift of the UEFA Champions League spots.

Despite the introduction of Aaron Ramsey, Denis Suarez and Mavropanos, the Gunners could not get themselves back into the game.

This is another lesson for The Gunners, another failure to record victory over one of the “big six”away from home and another reminder of their defensive weakness.

Arsenal remain the only EPL team yet to claim a clean sheet away from home this season.