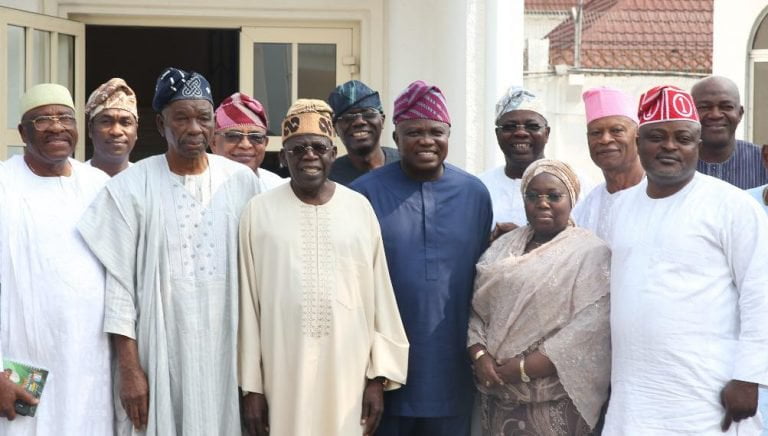 Leaders of the All Progressives Congress (APC) in Lagos, Nigeria’s commercial city, on Sunday, asked the State Assembly to drop the impeachment plot against the governor of the state, Akinwunmi Ambode.

Naija News reports that the leaders of the APC in Lagos met on Sunday, where the conflict between the governor and the lawmakers was resolved at a special Governor’s Advisory Committee (GAC) meeting held in Marina, Lagos.

Addressing journalists after the meeting, Bola Tinubu, the National Leader of the APC said: “We held a meeting on behalf of entire Lagosians. In the last one week or so, there has been some talk about a conflict between the executive and the legislature in Lagos. This is of great concern to us. We looked at the source of the conflict, which is normal in a democracy, and that is why there are also conflict-resolution mechanisms.

“We examined the grievances on both sides. As leaders, we also looked into areas where there has to be compromise. In order to build institutions and encourage consensus-building, we have to do what is right. There is no impeachment. Let there be more communication and consensus-building and understanding. All these are inbuilt in the democratic system.

“We thank the speaker and the leadership of the house. We thank the governor and the deputy governor. They have all demonstrated respect for the party leadership in Lagos. You know when Lagos sneezes, other areas catch cold. We are happy that we are able to resolve the conflict and things will start moving well going forward.”

Also speaking, Tajudeen Olusi, a chieftain of the APC in Lagos Island, expressed optimism that both arms of government will work amicably henceforth.

His words: “The APC leader has spoken. This is just to further confirm the decisions that we reached,” he said.

This online news platform recalls that the lawmakers had threatened to oust the governor over the 2019 budget, accusing him of incurring expenses from it without presenting it before the assembly.

The lawmakers had given Ambode a week to appear before them, threatening that failure to honour their invitation would lead to the commencement of impeachment proceedings.

Naija News understand that those who attended the meeting were the governor, Idiat Adebule, his deputy; Babajide Sanwo-Olu, governorship candidate of the APC in Lagos; Bola Tinubu, a national leader of the APC; Mudashiru Obasa, the speaker; Wasiu Eshinlokun, deputy speaker; and Tajudeen Olusi, an APC leader in Lagos Island.