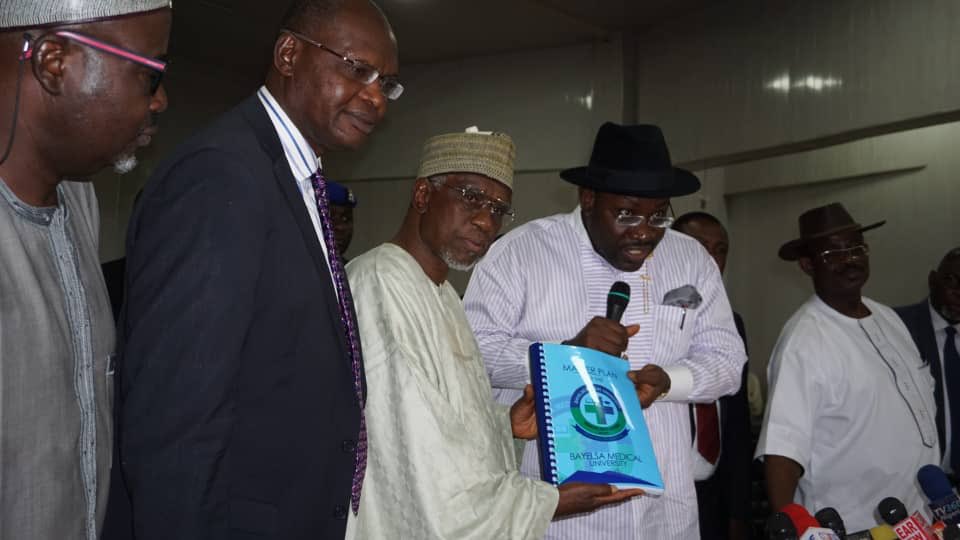 I commend and applaud Governors Seriake Dickson of #Bayelsa State Governor Nyesom Wike and former Governor Peter Odili of #Rivers State for establishing Medical Universities for their respective States. These guys are progressives.

Naija News understands that the approval was given by Prof. Abubakar Rasheed, Executive Secretary of the commission  in Abuja yesterday

Rasheed said it was necessary to have a specialised university in the state which would be a pacesetter in medical line judging by the governor’s doggedness in advancing the course of education in the state.

With the establishment of BMU, the number of universities in Nigeria reaches 170.

It will be recalled that Bayelsa State already has two functional universities; the Niger Delta University, established in 2000, and the University of Africa, established two years ago.

The Executive Secretary of the NUC, Prof. Abubakar Rasheed, issued the letter of recognition of the varsity to my team yesterday. This is another achievement of the Restoration Government under my watch.@benmurraybruce @OfficialPDPNig @DemolaRewaju @nnabros @vanguardngrnews pic.twitter.com/c6jJNrn6uk

The executive secretary said though the commission did not want the proliferation of universities, Gov. Seriake Dickson’s achievements in the two other universities was sufficient encouragement for the establishment of another one to increase enrollment.

“We hope that this University will be a pacesetter. It is number four in line, but we hope it will soon be number one,’’ he said.

He noted that the current 169 Universities have a total enrollment of only two million students, when Nigeria’s population stood at 200 million, meaning that just one per cent of students were currently enrolled into the university system.

Rasheed encouraged governments and other stakeholders, to contribute to the country’s educational development.

Speaking earlier, Dickson said investment in education was a cardinal point of his administration.

The governor said the state had continued to fund education in the state in the last seven years through the establishment of model boarding schools, provision of learning materials, learning and teaching infrastructure and others.

He noted that the state which was ranked number 27 in education in 2012, had moved to the third, Fourth and second position in the last three years.

He said: “If we do not invest in education and build schools, we should be prepared to build more prisons and to enrich more cemeteries.” “In Bayelsa, furthering the course of education is one of the top priorities of the government as we have decided to match our words with actions.

“The crisis I met in Bayelsa was such that I had to compel children of school age to be in school through meltdown penalties. “We now have over 10,000 students taken from their parents and spread in all the boarding schools.

“We take responsibility for their feeding, uniforms, books and others; and we also paid for the WAEC fees of all students in our model boarding schools.’’