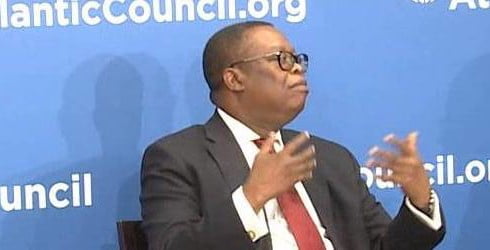 Okes Absent In Court For Trial

The anticipated arraignment of the sacked Director General of the National Intelligence Agency, Ambassador Ayodele Oke, and his wife, Folashade before the court by the Economic and Financial Crimes Commission on Friday did not happen.

Recall that the EFCC had on Wednesday filed four charges against the Okes before the Federal High Court in Lagos.

They were however absent in court on Friday.

However, the EFCC prosecutor, Rotimi Oyedepo, who was in court, asked the court registrars to reschedule the arraignment till Wednesday, February 6.

There had been online reports that Oke and his wife may have sneaked out of the country ahead of their expected trial.

As earlier reported by Naija News, the federal government filed charges against Oke and the sacked Secretary to the Government of the Federation, Babachir Lawal, last week.

A presidential probe panel headed by Vice-President Yemi Osinbajo, had since 2017 indicted Lawal and the Okes in its report, but the Federal Government failed to act on the report, until last week when defendants were charged to court.