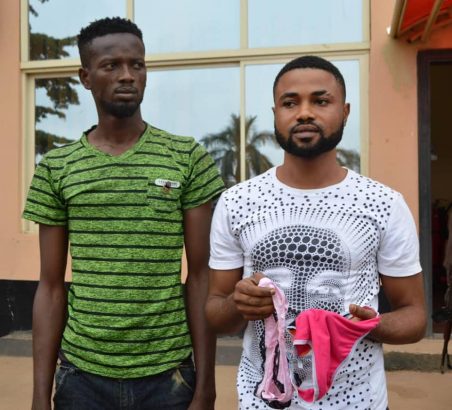 The fraudsters who were arrested around the Ologuneru and Akobo areas of Ibadan, the Oyo state capital, were nabbed with female pants, charms and other assorted items used in scamming their unsuspecting victims.

According to a piece of information made available to Naija News, the suspects arrested include; Bamidele Ayodele Samson, Bamidele Philip, Tunji Oladapo Sowale, Bololaji Olalekan and Abdulrauf Abiodun.

The suspects are between the ages of 21 and 35-years.

At the point of arrest, the EFCC operatives recovered four different brands of cars, five laptops, 20 telephones including 10 iPhones and one small bag containing items suspected to be fetish objects like charms from them.

Vital documents like international passports and ATM cards were also recovered from them.