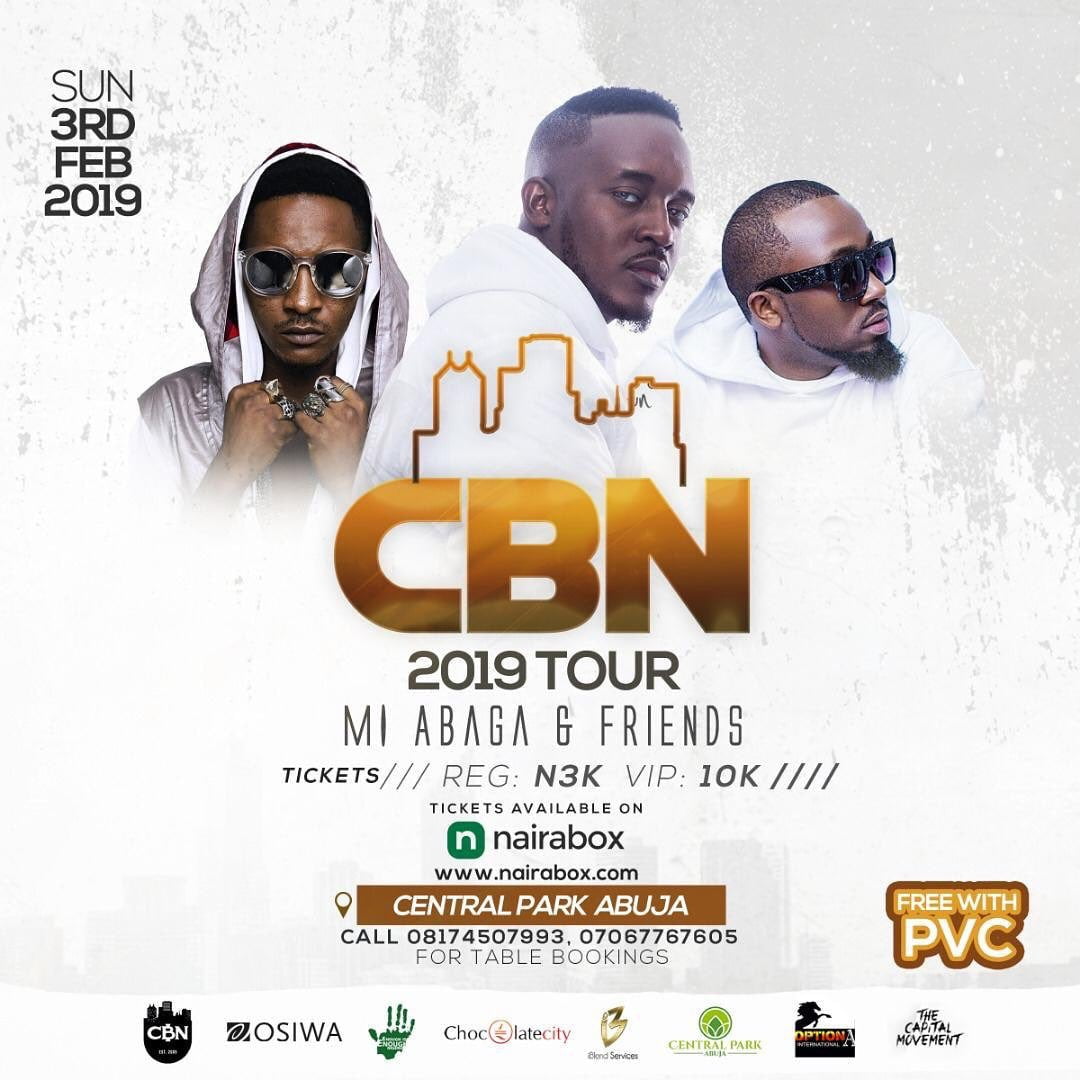 Nigerian Ace rapper and record producer, Jude Abaga, better known as M.I Abaga, says entrance to his shows in Jos and Abuja is free if fans have their permanent voters card (PVCs).

Named 2019 CBN tour, the show is scheduled to hold on February 1 at Polo Field in Jos and February 3, 2019, at the Abuja Central Park.

“People can register and get a ticket to the show but once they have their PVCs and are registered to vote, the concert is free.”

The Chocolate City Music Boss also said that the town hall meeting will be an avenue for all citizens to discuss the upcoming elections with major electoral stakeholders in the country.

We can’t wait to kick off!
JOS City! Polo Field. Let’s come out for an amazing time tomorrow!!

M.I explained that the show is meant to motivate young, underprivileged Nigerian rappers and fans.

“The CBN tour is meant to be a vehicle that would help young artistes come together, vibe and have a good time. It’s something we do every year.”The 37-year-old rapper urged fans never to allow anyone to put them down in their struggles saying: “we have the audacity to be whoever we want to be”.

“There is no rapper on earth I think I can’t be as good as. That’s how everybody should be. You should want to be the best of your kind.“Never allow anybody to put you down. It doesn’t mean you should be proud or arrogant, you just need to be confident that, given the opportunity, you would knock it down.”

“As a young Nigerian rapper, I expect you to be number 1 in the game because that’s what we do as Nigerians.”

2019 Election: Tuface Unites With Other Celebrities To Preach Against Vote-Buying In New Song, ‘Not For Sale’ https://t.co/jYKVLlO25Q pic.twitter.com/BgQ4lRi07n