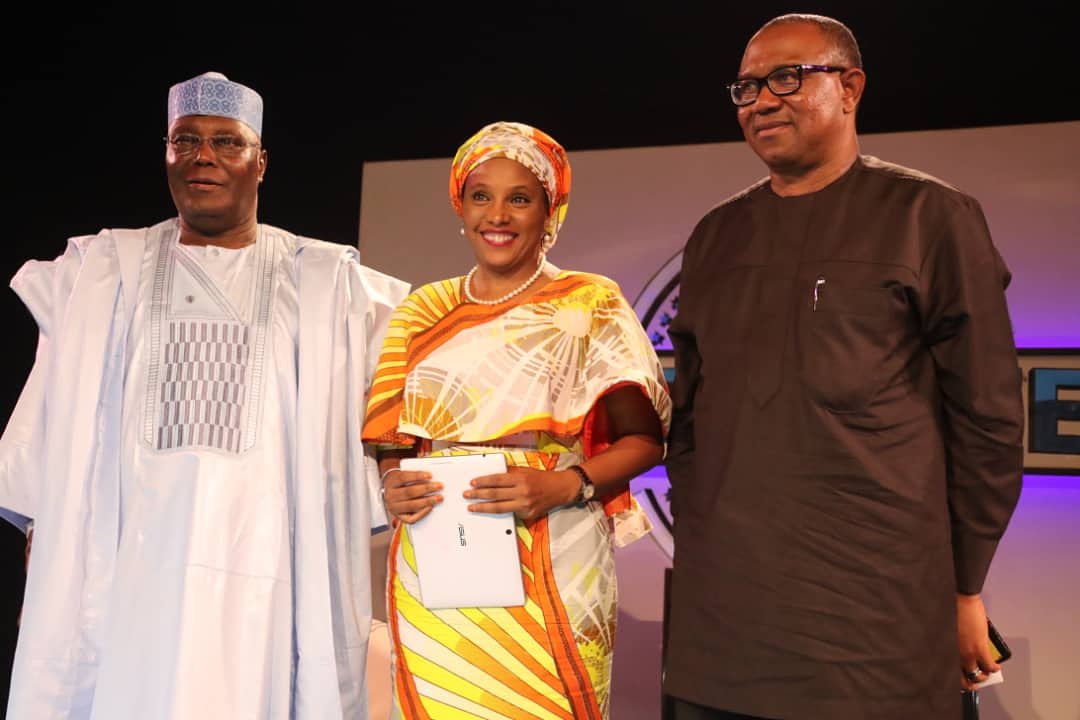 Naija News reports that “The Candidates” is designed by the organisers to have both the Presidential and Vice-Presidential Candidates of selected political parties on stage at the same time and at different dates to take questions from the moderator, Kadaria Ahmed and from the general public through various platforms.

During the programme, Atiku and Obi unveiled the plans of their administration should they be elected into office next month.

Obi denied an allegation during the programme that he once deported beggars to Akwa Ibom state from Anambra state when he was the governor of the state.

On the other hand, Abubakar said he has considered granting amnesty to looters of Nigeria‘s treasury who are willing to surrender their loot.

The anchor had asked him: “Will you consider amnesty to people who have corruption cases and say bring some money and we will go on from there?”

Responding, Abubakar said: “Why not? I give you an example of Turkey. Turkey gave amnesty and all the monies taken abroad were brought back and the government said when you bring the money back, you don’t need to pay taxes. Invest in manufacturing, technology and real estate.

“And look at Turkey today. It is like any other European country today. We can implement that and I have considered it,” he said.

Watch all what Atiku and Obi said at The Candidates below…