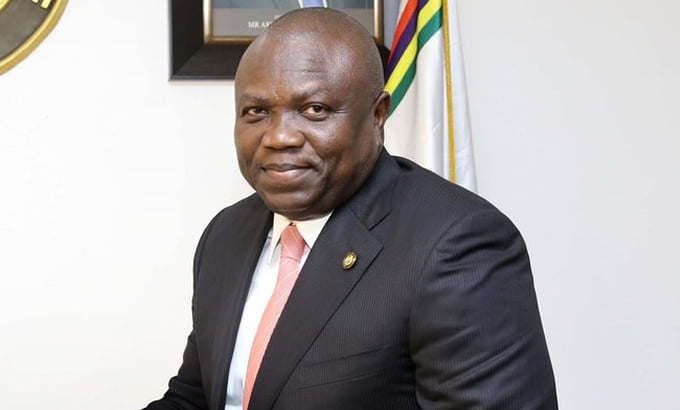 The present ongoing impeachment plans by the Lagos State Assembly against Governor Akinwunmi Ambode has been linked to the desperate accusation by his adversaries that he is funding the campaign of Peoples Democratic Party (PDP) governorship candidate, Jimi Agbaje.

A civil rights organization, Legislative Probity and Accountability (LPA) made this claim in a statement signed by its Chairman, Olu Fajana, today in Abuja.

It said if the House of Assembly failed, it would mobilise Nigerians and other progressive forces and use all legal instruments to compel them to account.

Fajana said, “As a legislative Probity and Accountability non-governmental organization, we are demanding that the Lagos House of Assembly should within the next five days account for how the N28.8 billion so far collected as running cost by the Obasa-led House has been expended. If they fail, we shall mobilise Nigerians of like minds and legally compel the Assembly to do the needful.”

According to him, the adversaries had also failed to find any evidence that Ambode sponsored thugs that disrupted the All Progressives Congress governorship campaign flag-off in Ikeja a few weeks ago.

He said: “We have watched with keen interest the latest move by the Lagos State House of Assembly to impeach Governor Akinwunmi Ambode on accounts of alleged gross misconduct and infractions based on the 2018 and proposed 2019 budgets.

“While we will refrain from dabbling into the politics of this misadventure, we demand that the Lagos Assembly lawmakers must come to equity with clean hands.

“It is not our duty to ask the lawmakers not to probe Ambode if he has committed any infraction, we dare say that the Mudashiru Obasa has been collecting N9.6 billion each year and has so far pocketed N28.8billion as running cost out of which the entire members have been paid only N2.4 billion in three years.

“Where did the remaining over N26.4 billion disappear to? This question the Lagos House of Assembly must answer and fully account for this taxpayers fund before going ahead with their impeachment of Ambode agenda. It is alarming that the House collects N800 million monthly as running cost, out of which each of the 40 members collects N2 million.

“This huge sum amounts to N9.6 billion annually and in three years, the Obasa leadership has taken N28.8 billion from taxpayers for nothing! It is obvious that the whole essence of not allowing Ambode to present the 2019 budget proposal since last year is to cripple his government and make him vulnerable.

“It is worrisome that the state legislature has abdicated its responsibility and now busy phishing for grounds to impeach the governor four months to the end of his four-year tenure. In this regard, we note the frantic attempts by the governor’s adversaries to hang on his neck accusation that he has been funding the campaign of opposition governorship candidate, Jimi Agbaje, having failed to find any evidence that he sponsored thugs that disrupted the APC governorship campaign flag-off few weeks ago.”