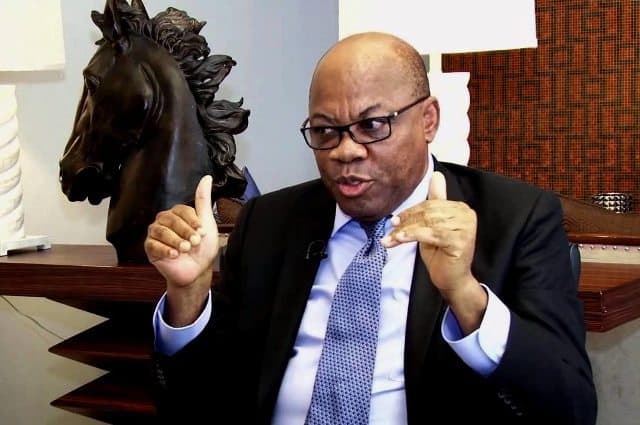 A petition has been written against Danladi Umar, chairman of the Code of Conduct Tribunal (CCT), over the continued trial of Walter Onnoghen, chief justice of Nigeria (CJN).

Olisa Agbakoba, a senior advocate of Nigeria (SAN) who sent the petition dated January 29 and addressed to the general secretary of the Nigerian Bar Association (NBA), cited the ruling by the CCT in an asset declaration case against Sylvester Ngwuta, a supreme court judge, as reason the tribunal has no jurisdiction to rule over Onnoghen’s case.

Agbakoba argued that it is only the NJC that reserve the power to rule on the case of an erring judicial officer and recommend to the president the removal of such officer.

He described Danladi’s’s action as constituting a “constitutional crisis”.

“On January 14th, 2019, the Code of Conduct Tribunal (CCT) of which Mr Danladi Umar has Chairman assumed jurisdiction in a matter against the Chief Justice of Nigeria, Honourable Justice Walter Samuel Nkanu Onnoghen knowing the CCT had no jurisdiction in view of CCT’s own decision in the case of Hon. Justice Sylvester Ngwuta which also involved Asset Declaration,” the petition read.

“The Court of Appeal in Nganjiwa v. FRN (2017) LPELR-43391 (CA) held that allegations of misconduct against a serving Judicial officer must first be referred to and handled by the National Judicial Council (NJC).

“It is only after the NJC has entertained and made a finding or pronouncement on the allegation against a Judicial officer and recommended to the President or Governor as the case may be, the removal of such judicial officer, and the recommendation is accepted and acted upon by the appropriate authority, that the prosecuting agencies of the Federal Government can proceed against such judicial officer to make him face the full wrath of the law. Mr. Danladi Umar knew the state of the law yet acted otherwise. Mr Umar’s misconduct has created a constitutional crisis and brought great embarrassment to the Legal profession.

“Mr Umar’s misconduct has created a constitutional crisis and brought great embarrassment to the Legal profession.”

Agbakoba said since Umar is not a member of the NJC, so he cannot proceed with Onnoghe’s trial.

He further said the ongoing trial of the CCT chairman at a federal high court in Abuja over his alleged receipt of bribe robs him of the right to try Onnoghen.

He prayed the NBA to strike out Umar’s name from the role of legal practitioners in the country.