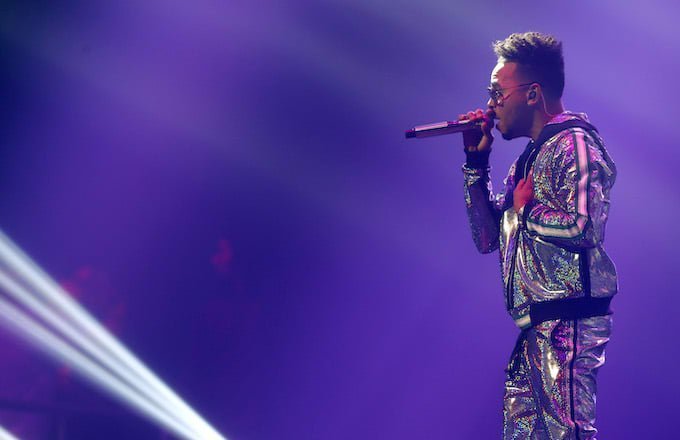 Popular singer, Ozuna has spoken out following a video that surfaced online showing him engaging in sexual acts as a minor.

The singer reacted during his performance at Calibash Las Vegas 2019, where he took the time out to address the video scandal that has been linked to him. He said;

“I apologize to each of you for mistakes I made in the past,” “I apologize to the children and those who were offended. As a man, I am here facing the issue. Your past does not define your future, you decide your future starting today.”

This is coming weeks after he confirmed that he was a victim of an extortion attempt.

His attorney, Antonio Sagardia while speaking with Puerto Rican newspaper, Primera Hora, that the extortion was allegedly carried out by Kevin Fret, who was shot and killed in Puerto Rico earlier this month.

“Ozuna has nothing to do with [Fret’s] death,” Sagardia said. “The only way Ozuna is affected is that [Fret] was extorting him and police have the information.” Although the singer allegedly paid Fret about $50,000 to keep the video under wraps, according to Univision.

“Fret, may he rest in peace, alleged that he had a video that could damage Ozuna and he wanted money,” Sagardia added. “A typical extortion. Ozuna was about 16 years old in the video. It was something to do with his intimate life. How Fret came to obtain this video, we don’t know.”