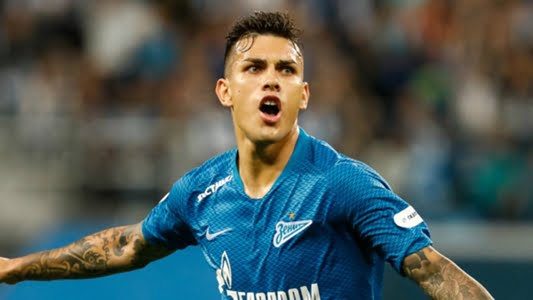 Paris Saint-Germain newly signed player, Leandro Paredes has stated that he is proud to sign for his new club, the player was also a target for Chelsea.

Paredes stated this after completing his signing from the Russian side, Zenit St Petersburg on Tuesday.

The 25-year-old player who will wear the number 8 shirt signed a four-and-a-half year deal with the Ligue 1 champions.

Paredes while speaking on his move to PSG told the club’s official website; “I’m very proud to be joining Paris Saint-Germain.

“After my previous experiences in Italy and Russia, I now have this fantastic opportunity, not only to discover a new league but above all one to wear one the most prestigious club jerseys in the world.

“I’d like to thank the chairman and the coach for the confidence they have shown in me by signing me.

“We all know the extraordinary sporting dimension of Paris Saint-Germain, its players and staff. I share the same high ambitions and I will do everything I can to give my club what it expects of me as a midfielder.”