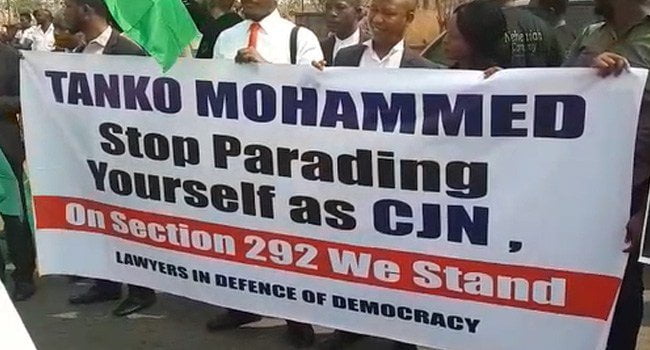 The suspension of Chief Justice of Nigeria, Justice Walter Onnoghen, has not received smiles from lawyers and some Civil Society Organisations as they stormed the Nigerian Bar Association on Monday to protest.

While the lawyers accused President Buhari of interference in the Judiciary, they also alleged that he used fictitious order from the Code of Conduct Tribunal to suspend Onnoghen.

They further protested the appointment and resumption of Acting CJN, Tanko Mohammed, who Naija News reported, resumed at the Supreme court today.

Recall that Buhari had appointed Justice Mohammed as the acting CJN immediately after Onnoghen’s suspension.

See photos from the peaceful protest. 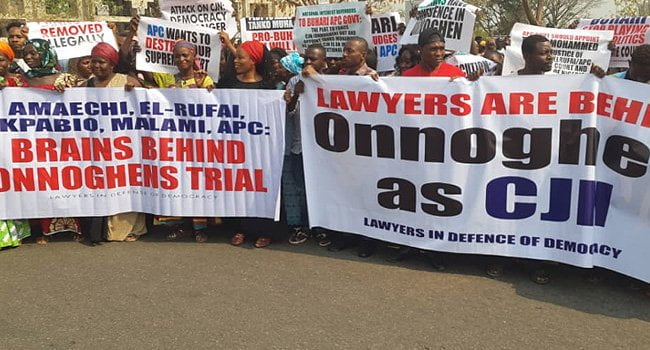 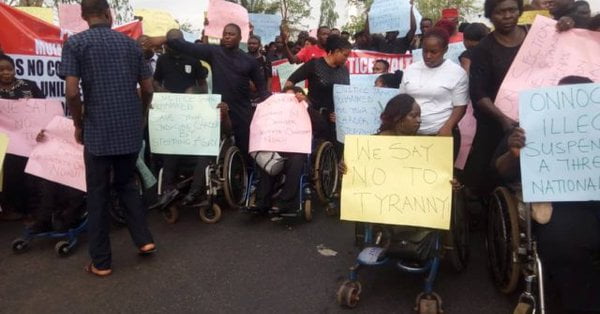